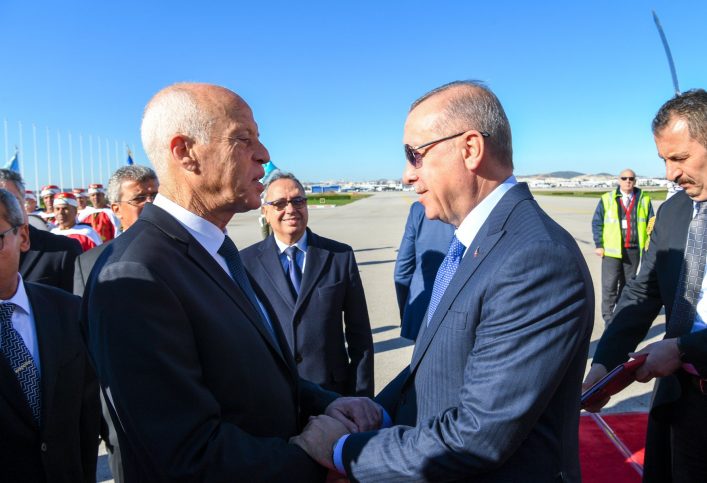 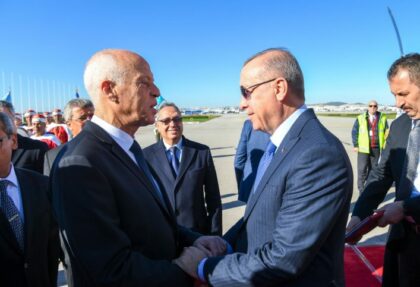 The office of President Kais Saied Thursday issued a statement rejecting allegations the Tunisian leader has abandoned the country’s neutrality in the Libyan crisis after he reportedly promised to support the UN-backed Government of National Accord (GNA) during his Wednesday meeting with his Turkish counterpart Recep Tayyip Erdoğan.

“As for false statements, interpretations and allegations aired since yesterday, they are either caused by misunderstanding and wrong judgements, or they stem from the same sources that have constantly slandered and deformed reality,” the statement added.

Several parties and critics charged the Tunisian President for hosting the Turkish President who paid a surprise visit to Tunis, part of on international tour seeking to marshal support for the GNA struggling to impose its authority and challenged by an ongoing military offensive launched since early April by Khalifa Haftar, who is backed by Egypt and the UAE.

The criticism came after GNA interior Minister, Fathi Bachagha, said during a press conference in Tunisian capita that Tunisia, Algeria and Turkey form an alliance in cooperation with the UN-sponsored government.

Haftar has accused Tunisia for providing a transit point via Djerba airport for terrorists recruited by Ankara for the GNA, which signed a military and maritime agreement with Ankara late last month.

Khalifa Haftar ordered his forces to beef up checks at Ras Jedir and Dhehiba, the two border points between Libya and Tunisia, as a first reaction following the encounter between Saied and Erdogan.

Tunisia has been the main neighboring victim of the unrest in Libya. In 2015, it suffered three terror attacks carried out by terrorists allegedly trained in Libya that killed over 70 people mostly foreign tourists.