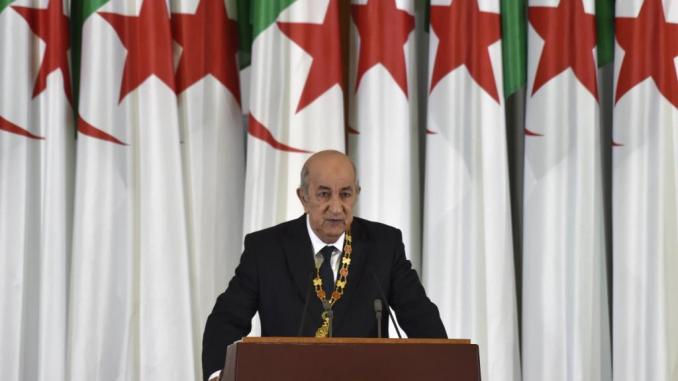 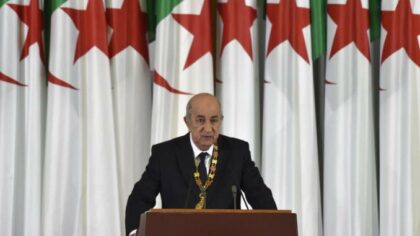 Hopes nurtured by many Moroccans to see a new Algerian leadership emerge to break the stalemate in Maghreb integration were shattered by a speech of the newly elected president Abdelmejid Tenboune who reaffirmed his country’s obstinate attachment to perpetuating tension in the region by supporting separatism in the Sahara.

Teboune, who took power in largely boycotted elections, wanted by the military regime to recycle the facade of a decaying state apparatus, promised to continue backing the polisario front while describing the Sahara conflict as a “decolonization issue.”

Those who thought that Morocco’s strict neutrality and non-interference even through comments with the pro-democracy movement in Algeria would likely make Algiers reconsider its Sahara stand were very wrong.

Adding insult to injury, the President expressed hope that Algeria’s position would not undermine relations with Morocco. Hypocrisy at play.

Tebboune made of hostility to Morocco one of the pillars of his electoral campaign vowing to keep borders closed while surfing on a populist wave by asking Morocco to apologize for having imposed visa in 1994 after terrorist attacks in Marrakech with the involvement of Algerian nationals.

Myopic to the difficulties facing Algeria’s finances hit by fall in oil revenues and inconsiderate of the aspirations of the Algerian hirak movement for a strong and united Maghreb, Tebboune echoes the discourse of his masters in the army who made of hostility to Morocco a bridge to taking the presidency in the country.

Mohammed Boudiaf a president who promised to mend ties with Morocco and put an end to the Sahara dispute was savagely killed while he was speaking in public in 1992.

Tebboune, who was mocked by Moroccan social media users because his name means vagina in Moroccan Arabic, is an old wine in a new bottle pushing thousands to continue pressure in the street demanding the departure of the military controlled elite that has governed Algeria since independence squandering its wealth and sowing discord in the region.

Tebboune’s speech writers are also copying and pasting from speeches of previous presidents and didn’t do their homework when they included the statement that the Sahara is to be resolved under the umbrella of the UN and the African Union.

Since Morocco joined the African Union, the continental organization is distancing itself from Algerian rhetoric and has asserted on multiple occasions that the Sahara issue is to be resolved within the framework of the UN only.

Many African countries have withdrawn recognition of the Polisario with heavyweights such as Ethiopia and Nigeria looking at ties with Morocco as a win-win option and distancing themselves from Algeria’s agenda. The recent decision by Comores to open a consulate in the Sahara has irked the Algerian army, which issued a statement through the foreign ministry regretting the move, in another hostile message to Morocco.

The anti-Moroccan statement of the newly elected President are also reflective of Algeria’s role in blocking any progress towards settling the dispute as it continues to instigate, arm and back diplomatically the separatist front while claiming neutrality.

Describing the conflict as a decolonization issue is part of the Algerian post-war authoritarian propaganda. The conflict is examined under Article VI of the UN Charter relating to the peaceful resolution of conflicts and nowhere did the UN and Security Council describe Morocco as an occupant of the territory.

The terminology used in the Security Council resolutions never frame the conflict as a decolonization issue but rather a “regional conflict” and has in recent resolutions called on Algeria to contribute in good faith to a settlement.

The zero-sum game to Maghreb integration and fostering ties with Morocco is also indicative of the oil-dominated economy in Algeria and its lack of competitiveness.

Algerian officials think that Morocco would largely benefit from open borders as it has a diversified economy, competitive exports and attractive tourism infrastructure, which would lure millions of Algerians annually. But they ignore that if they lose in the short term they have to gain in the long term as competitiveness can only be strengthened through opening up borders and trade.

Meanwhile, the Hirak continues unabated after a highly boycotted election. Real change in Algeria is yet to come.