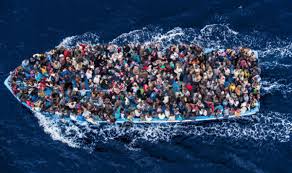 The Spanish government has urged again the European Union to increase the funding it grants to Morocco to help the kingdom in its fight against irregular migration.

Morocco must be endowed with sufficient resources to deal with illegal immigration, insisted the acting president of the Spanish government, Pedro Sanchez, during a joint press conference, Thursday in Madrid, with visiting elected president of the European Council, Charles Michel.

Thanks to co-operation between Morocco and Spain, arrivals of illegal migrants on the Spanish coast have been reduced by more than 50% in 2019, said the head of the Spanish executive.

The Spanish Ministry of the Interior has recently reported a reduction of more than 53% in the number of illegal migrants arriving by sea in Spain between January 1 and October 30 compared to the same period last year.

A total of 22,247 migrants illegally arrived in Spanish coasts aboard makeshift boats by October 30, against 47,684 migrants during the same period of 2018, a decline of 53.3%, said the interior ministry in a report on “irregular immigration January-October 2019”.

In August, Spain approved a €32 million grant to back Morocco’s border control initiatives. The fund is in addition to the €140 million that the EU pledged as part of a program to support Morocco’s efforts to control the flow of undocumented migrants.