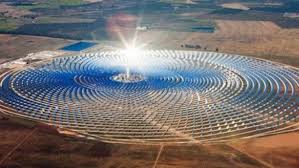 Mustapha Bakkoury, CEO of the Moroccan Agency for Sustainable Energy (Masen), was appointed, Tuesday in Johannesburg, chairman of the steering committee of the “Desert to Power” initiative, which aims to develop the use of renewable energy in several African countries.

The appointment took place on the sidelines of the second edition of the Africa Investment Forum (AIF-2019), currently held in Johannesburg.

The committee will supervise the action of a task force made up of experts that will assist the countries concerned set their national strategies or promote existing ones.

The operationalization of the “Desert to Power” initiative comes one year after the partnership sealed in Johannesburg, during AIF-2018, between Masen and the African Development Bank (AfDB) to launch this key development program in the continent.

The huge desert solar initiative was initiated by the AfDB to make Africa a renewable power-house. This solar project is set to stretch across the Sahel region and expected to develop and provide 10 GW of solar energy by 2025 and supply 250 million people with green electricity including in some of the world’s poorest countries. At least 90 million people will be connected to electricity for the first time, lifting them out of energy poverty.

According to AfDB, energy poverty in Africa is estimated to cost the continent 2-4 % GDP annually.

Currently, 64% of the Sahel’s population lives without electricity, a major barrier to development, with consequences for education, health and business.

Construction of the project will also create jobs and help attract private sector involvement in renewable energy in the region.

According to AfDB, many women-led businesses currently face bigger barriers than men-led enterprises to accessing grid electricity – so the project has the potential to increase female participation in economic activities and decision-making processes.

The project has been launched in collaboration with the Green Climate Fund, a global pot of money created by the 194 countries who are party to the UN Framework Convention on Climate Change (UNFCCC), to support developing countries adapt to and mitigate climate change. The program is designed to combine private sector capital with blended finance.