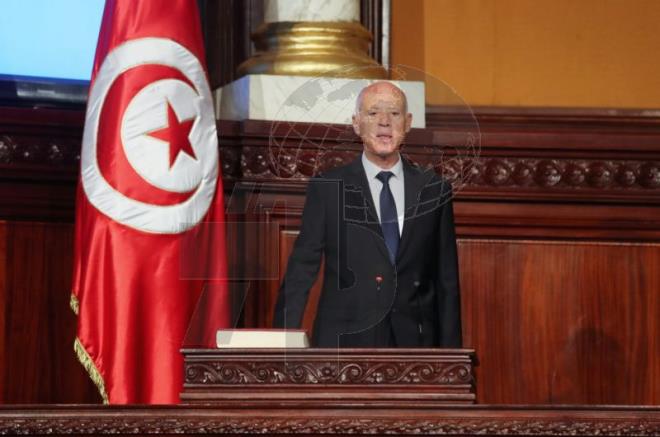 Tunisia: Fight against terrorism, a key area of focus in Kais Saied’s term 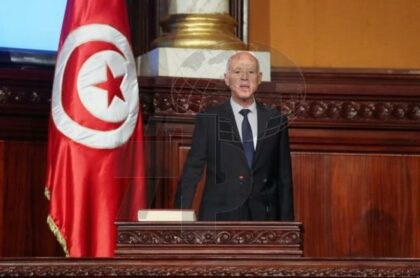 Newly elected President of Tunisia vowed at his inauguration Wednesday to make of the fight against terror a major area of focus during his five-year stay in power.

Kais Saied was sworn-in at the parliament in the presence of wide range of personalities including state officials, foreign guests, diplomats, religious leaders and representatives of civil society organizations.

The new President pledged to address the country’s myriad of social and political issues including the daunting question of terrorism.

The North African country is currently under state of emergency since November 2015, following a series of deadly attacks with victims being mostly foreign tourists.

“It is our responsibility, not the least, to remain united in the fight against terrorism and the mitigation of all its causes. One single round of a terrorist will face a storm of uncountable rounds,” the new leader said.

Kais Saied and incumbent President Mohamed Ennaceur had a private talk of about ten minutes, during which Ennaceur introduced to the new President the members of his presidential cabinet.

The former law professor pledged during his electoral campaign to use education to overcome terrorism, arguing that improving primary education, would immunize youth against terrorism.

Security forces are still facing persistent attacks even though the scale of attacks has significantly dwindle. This month a man stabbed a French tourist to death in Biserte and wounded a service man.

Kaies won the October 13 runoff with landslide victory with 72.71 per cent. He was facing businessman and media mogul Nabil Karoui.

Karoui detained in August on money laundering charges was only freed few days before runoff.