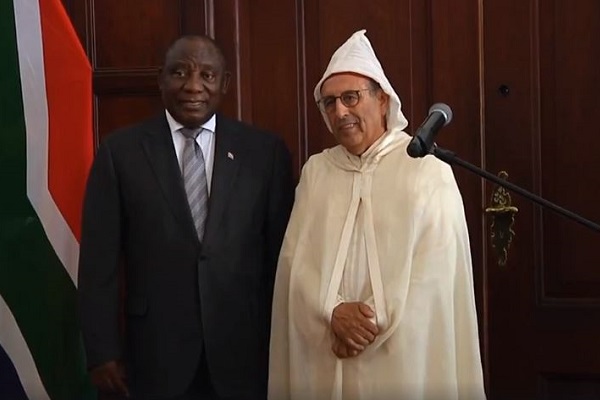 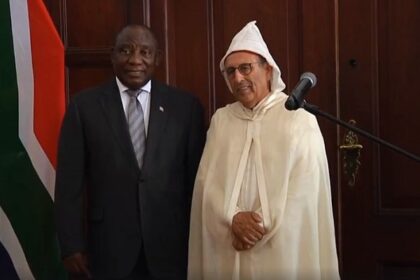 The accreditation of Morocco’s Ambassador to Pretoria Youssef Amrani has been welcomed by South African analysts and policy makers as a new chapter in bilateral ties.

Amrani presented his credentials to South African President Cyril Ramaphosa on Tuesday in a move that was hailed by analysts as a step forward to foster bilateral ties and set up a political dialogue between two of Africa’s most advanced and diversified economies.

The two countries have given each other a cold shoulder after the death of President Nelson Mandela with Pretoria edging closer to backing the Algerian-sponsored separatism in southern Morocco.

They decided to upgrade their bilateral ties to ambassadorial level following a meeting between King Mohammed VI and former president Jacob Zuma in Abidjan on the sidelines of the EU-AU summit in November 2017.

The accreditation of Amrani marks an end to that era, said Greg Mills, head of Brenthurst foundation, a pan-African NGO based in Johannesburg.

Normalizing relations between the two countries would pave the way for joint action between them to defend the best interests of the African continent, he said.

Rabat-Pretoria partnership opens up numerous opportunities for investors in both countries, he said, as both of them are trailblazers in Africa and catalysts of change. Besides, Morocco and South Africa are the two largest African investors in the continent.

“This cooperation can only be beneficial for Africa given the role and leadership the two countries can play with Morocco in north and west Africa and South Africa in the southern part of the continent,” Mills added.

The Moroccan ambassador told the press following the meeting with President Cyril Ramaphosa that a closer cooperation between Rabat and Pretoria would reverberate positively across the continent, calling for stronger political dialogue and economic cooperation.

The two countries have assets that enable them to push forward economic development in Africa as both are regional hubs able to add a new life to inter-African trade and south-south cooperation.

“As government and people of South Africa we hope to deepen our economic partnership and political dialogue as well as our cooperation on issues of common interest,” the South African President on his part said.