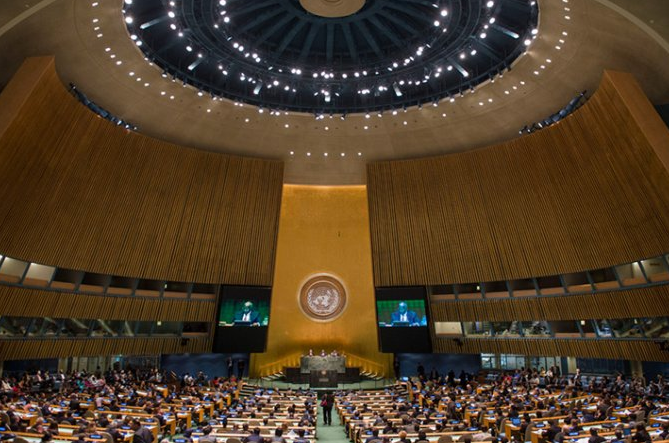 They renew backing to the Morocco-proposed autonomy initiative as a compromise solution to the Sahara issue. 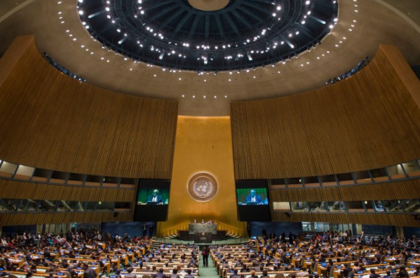 Saudi Arabia, Kuwait, the UAE, and Bahrain have renewed their backing to Morocco’s position on the Sahara issue, to its territorial integrity, and to its sovereignty over its southern provinces.

In their addresses on Monday before the UN 4th Commission, the permanent representatives of the three Gulf countries have all expressed their unwavering support for Morocco and its territorial integrity.

Saudi Arabia rejects all infringements against Morocco’s territorial integrity, Saudi Arabia’s permanent representative to the UN Abdullah Al Moualimmi said, recalling that his country made it clear that it supports the Moroccan Autonomy plan submitted to the UN in 2007 as a proposal to end the conflict over Western Sahara.

He said the Autonomy Plan is a “constructive alternative aimed at achieving a just and a realistic” political solution in accordance with international law, the UN Charter, and the Security Council resolutions.

The Saudi ambassador said the autonomy initiative is the result of broad consultations at all levels. It guarantees the populations of Morocco’s southern Provinces their place and role, without any discrimination, as well as their full participation in the country’s economic, social and cultural development.

The Moroccan autonomy initiative also takes into account the particularities of the Moroccan Sahara region and meets international standards for granting broad prerogatives to local populations, the Saudi ambassador said.

Citing development programs in the region, Al Moualimi outlined Morocco’s efforts to achieve socio-economic development in the Sahara. He cited in this connection the $8billion earmarked to improve the population’s living conditions and allow it to benefit from the resources of the region.

The diplomat also commended Morocco’s significant achievements in the field of human rights and its interaction with international human rights mechanisms, as well as the role of the regional commissions of the National Human Rights Council (INDH) in Laayoune and Dakhla.

The Saudi diplomat also emphasized his country’s support for the UN-led political process and the Security Council resolutions, which call for a realistic and lasting political solution to the Sahara issue based on compromise.

The representative of the UAE to the UN  Fatima Al Memari commended Morocco’s continued efforts to improve the standards of living of the Sahara populations, whether through support for the UN-led political process or the launch of major development projects and initiatives.

The Emirati diplomat also underlined the importance of the Moroccan Autonomy Plan as it provides a compromise solution, in line with the UN Charter and Security Council resolutions.

For his part, the representative of Bahrain Mohamed Aref Alrowaiei voiced strong backing to Morocco’s territorial integrity and sovereignty over the Sahara.

Kuwait joined its voice to that of its gulf neigbors to underline the “unified position” of Gulf countries on the Sahara conflict and to back Morocco’s position in the conflict, expressing unwavering support for the autonomy plan and for Morocco’s territorial integrity.

The Kuwaiti representative to the UN Ashar Alduwaisan also expressed support for the UN-led political process, welcoming the participation of Morocco, Algeria, Mauritania, and the Polisario in the Geneva roundtables in 2018 and 2019 and their commitment to meet again in a third round-table meeting, as highlighted in resolution 2468, in order to reach a political solution to this regional dispute.

The two first roundtables were held, at the initiative of the former personal envoy of the UN Secretary-General, Horst Kohler, in December 2018 and March 2019. Following the second roundtable, Morocco, Algeria, Mauritania, and Polisario accepted Kohler’s proposal to attend a third roundtable.

However, Horst Kohler suddenly resigned in May 2019 and the UN Secretary General has not yet appointed anyone to replace him.