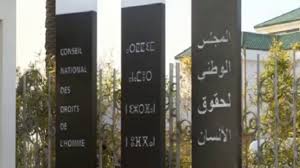 Bensaleh availed this opportunity to highlight the progress made by Morocco in matters of human rights, citing in this regard the new Constitution adopted by the North African Kingdom in 2011, guaranteeing human rights & freedoms, gender equality, cultural and linguistic plurality.

He also spoke of the actions and landmark projects launched by CNDH for the promotion of the culture of human rights and the protection of the individual and collective rights.

The CNDH Secretary General also held a meeting with Head of the Ibero-American Federation of Ombudsman, Iris Miriam Ruiz Class. Talks focused on cooperation between the two institutions and coordination between the African and Latin American human rights bodies.

The Ibero-American Federation of Ombudsman is a forum for cooperation, exchange of experiences and promotion human rights and the rule of law.