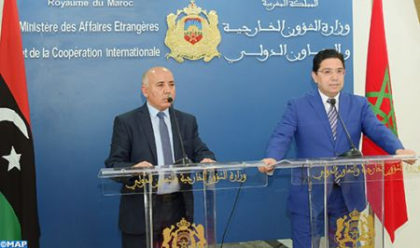 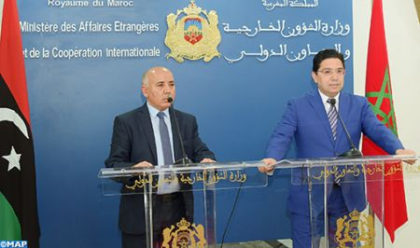 The end of Haftar could revive Skhirate agreement on a political solution to the crisis in Libya, said Jomaa Al Qamati,  personal envoy of the Head of Govt of National Accord, recognized by the international community.

“Skhirate agreement is not yet over,” said Al Qamati in an interview with Moroccan daily Akhbar Al youm.

The UN-brokered agreement inked by Libya’s warring factions in the Moroccan coastal town of Skhirat in 2015, is still relevant, he said, adding that the political deal was interrupted by Haftar’s offensive on Tripoli.

“We call on Morocco to help us to activate this agreement,” he said.

As Haftar forces retreat, we are heading in Libya to a second Skhirate agreement that will bring amendments taking into account the recent political and military changes in the field four years after the initial agreement, Al Qamati said.

“We call on Morocco to employ its good offices with all the parties in Libya and its experience in backing inter-Libyan dialogue in order to help us achieve political stability and safeguard Libya’s unity,” he said.

Over 700 people were killed in the offensive staged by Haftar on the capital Tripoli where the UN-backed government of National Accord is based.

Haftar, who is backed by the UAE and Egypt mainly, endured a setback by the loss of the strategic town of Gharyan in June which was key to the supply of his forces.

Al Qomati also deplored the interference of the UAE and other countries in Libyan domestic affairs.

During a visit to Rabat in April this year, Jomaa al-Qamati had stressed that the Skhirat agreement remains the framework and the basis of any political settlement in Libya.