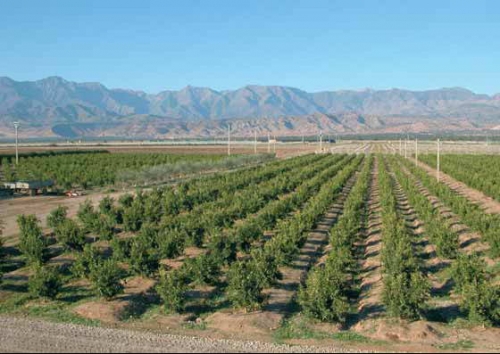 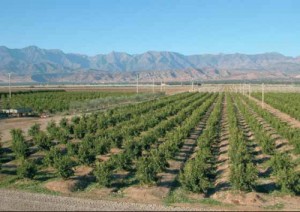 Mauritania has reveal plans to increase its arable land by more than 100% in a drive towards satisfying almost 40% of the country’s cereal needs. This ambition is detailed in its 2013-2014 agriculture program, which was presented at the Council of Ministers by the Minister of Rural Development Brahim Ould Mohamed Ould El M’Bareck Mukhtar.
The 2013-2014 agricultural program aims at “cultivating 200,000 hectares” which is an equivalent of 110% increase. The cultivation of such surface should result in the country producing 37% of its total cereal needs.
The Rural Development Minister underlined that irrigation practice has been very positive in Mauritania, as it continues to boost farm produce. According to him, the ministry has registered “a substantial increase since the cultivated area increased from 15,000 to 39,000 hectares”. However, he added that its success is also due to the support and cooperation of farmers and the financial means put in place to help them.
Brahim Ould Mohamed Ould El M’Bareck Mukhtar said that there are plans to increase the practice in other places. The ministry is hoping to cultivate 40,000 hectares in an irrigated sector and 173,000 hectares in the rain-fed agriculture.
Mauritania relies on importation to satisfy its cereal needs. Two years ago, it experienced an acute rainfall which heavily affected the country’s agricultural sector and livestock. The government continues to implement a subsidy program for basic commodities in favor of the most vulnerable sector of the population. The country is heavily dominated by the Sahara desert, which accounts for more than 80% of country’s territory. It is also one the poorest countries in the Maghreb and in the world.