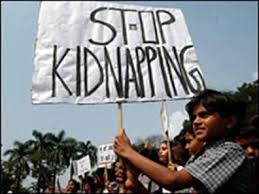 About one hundred demonstrators have joined the members of the family of Ahmed Khalil in a sit-in organized in front of UNHCR headquarters in Tindouf to demand answers about the whereabouts of ex-polisario leader, kidnapped in 2009 by the Algerian security services.

Mr. Khalil was abducted ten years ago in Algiers where he was expected to address a conference on the human rights violations perpetrated in Tindouf, Southern Algeria.

Ahmed Khalil served as a “human rights adviser” to the former polisario chief Mohamed Abdelaziz and as Head of security in the Tindouf camps.

Thus, the missing man holds highly sensitive and credible information about the abuses committed by the polisario leaders, including their current chief Brahim Ghali, prosecuted in Spain for “war crimes” and “crimes against humanity”.

The sit-in organized by Ahmed Khalil’s family comes amid growing anger of the Sahrawis sequestered in the Tindouf camps against the separatists’ repression and kidnapping of Sahrawi activists, like Moulay Abba Bouzid, El Fadel Breika and Mahmoud Zaidane.

The families of the three dissidents, abducted last month in Tindouf camps, were told by polisario leaders, including Brahim Ghali, that “they could not intervene in their case because it is a matter falling within the scope and competence of the Algerian security services.”