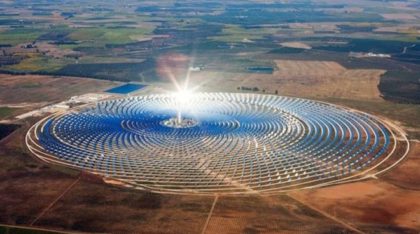 Morocco is marching steadily towards fulfilling its renewable energy goal of generating 52% of its electricity from renewable sources with the launch of a new process to tender for a solar power plant in Midelt known as Noor Midelt II.

The call for pre-qualification for Noor Midelt II comes after the Moroccan agency for renewable energy (MASEN) awarded Noor Midelt I, a 800 MW plant, to a consortium led by French EDF Renewables, UAE’s Masdar and Morocco’s Green of Africa.

Like Noor Midelt I, the second part of the project will generate 190 MW in peak hours with a capacity of up to 230 MW. The new plant will combine both photovoltaic and concentrated solar power technology, MASEN said in a statement.

Separately, Platinum Power announced a partnership with China’s CFHEC to build and operate hydropower projects in Morocco and Africa.