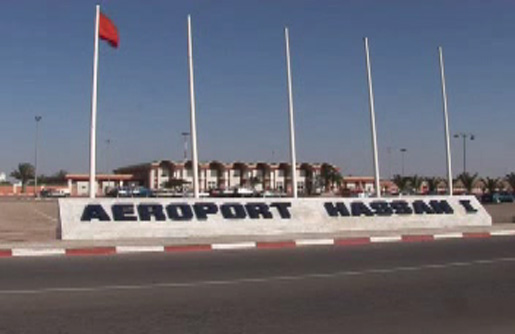 The passenger traffic at Hassan 1st airport of Laayoune grew by 5.4 pc during the period from 1 January to 31 May 2019, according to data released by Morocco’s National Airports Office (ONDA).
The number of travelers who transited through this hub went up from 88,947 to 93,772 during the first five months of 2019. In Morocco, over 9.5 million passengers travelled through the country’s airports, during the same period, posting a 8.5 pc increase.
The Laayoune airport, which accounted for 0.98 pc of the overall air traffic in the Kingdom, sits in the 10th place in Morocco’s airports standings.
In 2018, the Hassan 1st airport posted a 7.52 pc increase in passenger traffic compared to the previous year. It served a total 221,784 travelers the last year and 206,274 passengers in 2017.