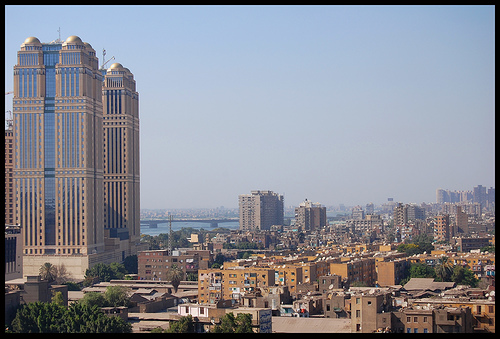 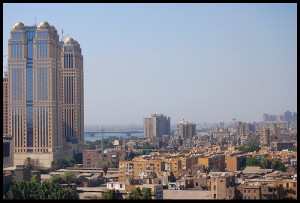 Emaar Misr has announced that it will be increasing its investments showing   confidence in the Egyptian real estate market which they expect “to recover very soon in the middle to long term.” The company will be having its total investment portfolio stand at EGP 53billion during the course of the year.
Presenting their investment plans, Nabil Amasha, the chief marketing officer said three projects worth EGP 500million have already being signed in the 1st of 2013. An extension payment plan which will go “up to 7 years, and without any paid installments in 2013” will also soon be launched alongside the expansion projects.
The inflation in Egypt and the exchange rate of the US dollar has been a stumbling block for companies. Emaar however believes that this could be overcome by gaining the confidence of the customers. It believes that giving them access to their construction sites and let them witness the construction will be a huge step.
Amasha admitted that “there is a healthy competition in the market now” but their policies to “never over promise” and “transparency” give them an edge over the other companies. He added that they are in “a better position better than last year” and they still remain “very optimistic.” According to him, they had a very low percentage of cancelations because they “understand their customers very well and understand their needs.”
Emaar currently has three main projects; Uptown Cairo, Mivida and Marassi. It has planned to construct Emaar Square; at Uptown Cairo, which will serve as a commercial touristic business hub for both Uptown Cairo and Cairo itself. Marassi is designed to be an international touristic destination for Egypt’s Mediterranean north coast.