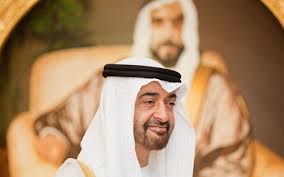 The UAE punching above its weight

The UAE a tiny wealthy Gulf country with a native population of about 1 million has broken away with the wisdom of its founder Sheikh Zayed after the de facto ruler Mohamad Bin Zayed consolidated his grip in the country.

The UAE’s aggressive foreign policy was outspokenly expressed during and after the Arab Spring as Abu Dhabi rallied the remnants of old authoritarian regimes in Egypt and elsewhere to suppress any move towards democracy in the region under the guise of fighting political Islam.

In Yemen, the UAE has been accused recently by its ally the internationally-recognized government of igniting separatists’ demands in the south where it made sure to control the port of Aden and the island of Socotra in the wake of the Arab coalition against the Iranian-backed Houthi rebels.

Unwilling to recognize their failed military intervention in Yemen, the UAE along with Saudi Arabia continue their campaign in Yemen inconsiderate with the worsening humanitarian crisis as tens of thousands of children are at risk of death from preventable diseases while much of the country’s infrastructure has been reduced to rubble.

In Libya, the UAE’s involvement in destroying prospects for a political solution is no secret. The Gulf country threw its weight along with Egypt in supporting renegade general Khalifa Haftar whose campaign to take Tripoli has hit a dead end. But what the UAE succeeded to do is undermining the Skhirate agreement putting Libya on a vicious circle of violence.

The UAE bet on Haftar, assuming that he would make a blitzkrieg into Tripoli ending any prospect for a democratic rule in the oil-rich North African country. But the bitter reality for the Emiratis is that their ally is trapped in a protracted conflict in which he is losing in the face of a well defended Tripoli where the international recognized Libyan government of national accord is based.

Myopic to its past military interventions, the UAE is meddling in the Sahel where it intends to set up a military base in Niger, a move that analysts explain as Niamey’s support for Haftar.

Amid Sudan’s bloody crackdown on pro-democracy protesters, the Emirati role is once again raised. The UAE has on multiple times stressed its close ties with the military establishment in Khartoum.

The Democratic Alliance of Lawyers has urged “some Arab countries” referring to Saudi Arabia, Egypt and the UAE in particular not to interfere in Sudanese affairs and to drop their support for the military rulers.

“We ask that some Arab countries lift their hands from Sudan and to stop supporting the Military Council and consolidating the pillars of its rule with the aim of preserving it and protecting their own interests that are harmful to the Sudanese state and its citizens,” said the Alliance.

The big ambitions of the UAE to set the course of events against democracy in the region are limited by factors such as manpower. The UAE has so far relied on mercenary armies. Erik Prince, the founder of private military contractor Blackwater, was paid hundreds of millions of pounds by MBZ to build an army that included Colombian mercenary fighters, according to The New York Times.

Military intervention has come at a high cost. Hundreds of Emiratis have been killed in Yemen with Abu Dhabi cracking down on anyone who criticizes the country’s operations there. Citizens of poor UAE states have also complained of their kids being scapegoated in Yemeni war.

Last summer, Sheikh Rashid bin Hamad al-Sharqi, a prince from Al Fujayrah, one of the poorest UAE states, fled the country to Qatar, exposing tensions over the War in Yemen amid the UAE rulers.

“There have been more deaths from Al Fujayrah than anywhere else,” Sheikh Rashid said, and he accused Abu Dhabi of hiding the full death toll, according to the New York Times.