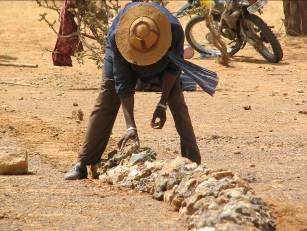 The European Union and the African Development Bank (AfDB) have earmarked about €67 million to support the fight against climate change in Niger.

The funding will support the Program for Integrated Development and Adaptation to Climate Change (PIDACC) in the Niger Basin.

The funding agreement was signed by the Nigerien Minister of Planning, Kané Aichatou Boulama, the EU Representative in Niger, Denisa Elena Ionete, and the AfDB Representative, Kane Dia Nouridine.

Note that the IPIDACC was created to contribute to improving the resilience of the ecosystems of the Niger River and surrounding populations through the sustainable management of natural resources.

The program is divided into several components that will eradicate erosion, reduce the river’s silting process and improve the resilience of production systems and populations.

With two-thirds of its surface covered by desert, Niger is experiencing severe and recurrent food crises, a situation exacerbated by the droughts resulting from climate change.

Temperatures in the Sahel are rising 1.5 times faster than the global average. Rainfall is erratic and wet seasons are shrinking. The UN estimates that roughly 80% of the Sahel’s farmland is degraded even as roughly 50 million people in the Sahel who depend on livestock compete for land.

As of late 2018, an estimated 33 million people in the Sahel are classified as food insecure. Impoverished communities struggle to safely access healthcare, find schools for their children, or secure a basic income.