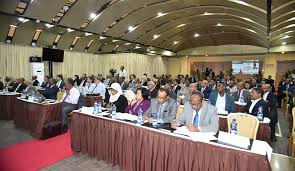 The Polisario leaders have the blues for they were not invited to the China-Africa Partnership Forum, held lately in Addis Ababa, under the theme “The Belt, Road Dialogue for China-Africa cooperation”.

No invitation was extended to the separatist entity for this important event organized by China in collaboration with the African Union (AU) Commission, which brought together, in the Ethiopian capital, senior AU officials, the former Ethiopian Prime Minister, African Ambassadors and senior Chinese officials tasked with Africa-China cooperation.

The representatives of the self-proclaimed so-called “RASD”, which is a member of the African Union, used to be invited to all such African meetings but Morocco’s return to the pan-African organization seems to have changed the situation and reversed their odds.

The Polisario leaders are all the more furious as the African Union Commission has been involved in the organization of this forum along with China.

But the Chinese, whose country does not recognize the pseudo-RASD, and refuses the balkanization of Moroccan territory in addition to the strategic partnership sealed between Rabat and Beijing, excluded the Polisario participation in the forum.

Commenting the move, Morocco’s permanent representative to the AU Mohammed Arrouchi said that the “Chinese partner, as part of its relations, attaches great importance to the defence of vital interest, including the territorial integrity of our two friendly countries.”

As the forum was organized in collaboration with the AU Commission, the Chinese partner was keen on thwarting any infiltration manoeuvre by the separatists in the gathering held within the frame of the Africa-China partnership, added the ambassador, who headed the Moroccan delegation in the Addis Ababa event.

Thus, the margin of manoeuvre of the Polisario is narrowing, getting thinner and slimmer in Africa wherein they can no longer act freely and get away with their deceits as they used to do when Morocco was observing the empty-chair policy. Today Moroccan diplomats keep a watchful eye and stand ready to foil the separatists’ plots all over Africa.