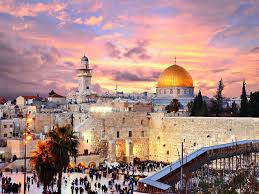 The summit of the Organization of Islamic Cooperation (OIC), held Friday night in Mecca, hailed the sustained efforts made by King Mohammed VI, chairman of the Al Quds Committee, for the defense of the Holy shrines of Islam in Al Quds Acharif.

This came in the final communiqué issued by the 14th OIC summit, where King Mohammed VI was represented by his younger brother Prince Moulay Rachid.

The Islamic leaders and representatives of the OIC member countries praised the sustained efforts of King Mohammed VI to counteract the measures taken by the Israeli occupation to Judaize the holy city.

The OIC leaders also praised the important role played by Bayt Mal Al-Quds Acharif Agency, financial arm of the Al Quds Committee, through the realization of development projects and the organization of activities for the benefit of the inhabitants of the holy city and in support of their resistance.

The declaration stressed the OIC Member States’ endeavors to end Israeli occupation of Arab and Palestinian territories occupied since 1967, in accordance with relevant international resolutions, affirming full solidarity with the Palestinian people in their struggle against occupation and their right to decent life in their independent and sovereign state with Al Quds as its capital.

The 14th OIC Summit, which coincided with the 50th anniversary of the creation of the OIC, examined ways to develop a unified position on current issues and events in the Islamic world and underlined the need to work earnestly “in order to counter the political, economic and cultural challenges facing OIC member States.”

Besides the latest developments in the Palestinian issue, the Summit also looked at the situation in Libya, Syria, Yemen, Sudan, Somalia and Afghanistan.
Addressing the latest developments related to Houthi militia attacks by ballistic missiles against Saudi oil pumping stations and the acts of sabotage on commercial vessels in the UAE’s regional waters, the OIC Member States denounced these terrorist attacks and called on the international community to assume its responsibilities toward preserving peace and security in the region.

The declaration denounced terrorism, extremism and fanaticism in all their forms and manifestations, whatever their causes and motives and underlined the importance of closing ranks to stand up against terrorist organizations and enacting deterrent laws and controls to counter the scourge of terrorism.

The declaration rejected any attempts to link terrorism to any nationality, civilization or religion. It also reiterated rejection of providing any direct or indirect support for groups and organizations that incite violence, extremism and terrorism under any pretext.

The Member States reiterated their firm condemnation of all forms of intolerance and discrimination based on religion, color or faith, and decried sectarianism, and confessional fanaticism in all their forms and manifestations.

The declaration affirmed that those in charge of social media have huge responsibilities in achieving the goals and objectives of Islamic fraternity and keeping away from stirring chaos and dissent among the members of the Islamic nations.

North Africa Post's news desk is composed of journalists and editors, who are constantly working to provide new and accurate stories to NAP readers.
NEWER POSTMorocco to sell 8% of the capital of Maroc telecom
OLDER POSTPrince Moulay Rachid warmly greeted in Saudi Arabia