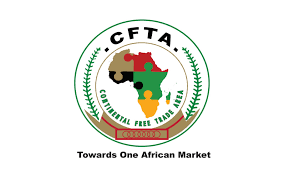 The African Continental Free Trade Area (AfCFTA), the African Union’s flagship project for the continent’s economic integration, came into effect on Thursday with the aim of increasing intra-African trade by 60% before 2022, announced the AU.

The African Union (AU) hopes the agreement will create a continental $2.5 trillion market of 1.2 billion people and will be the biggest of its kind worldwide.

“This is a historic milestone!” tweeted Albert Muchanga, AU commissioner for trade and industry. “We celebrate the triumph of bold, pragmatic and continent-wide commitment to economic integration.”

The “operational phase”, however, must be launched on July 7 at an AU summit in Niamey, after finalizing key instruments such as arbitration mechanisms, defining the rules of origin of goods and evening mechanisms for the “elimination” of obstacles such as corruption or bad infrastructure.

So far, 24 African countries have signed the agreement, with Burkina Faso being the latest country to deposit Instrument of Ratification on Wednesday.

The long-term goal of the AfCFTA agreement is to drastically increase intra-African trade, which remains so weak. Cross-border trade should become simpler and cheaper, and small and medium-sized enterprises in particular are set to benefit.