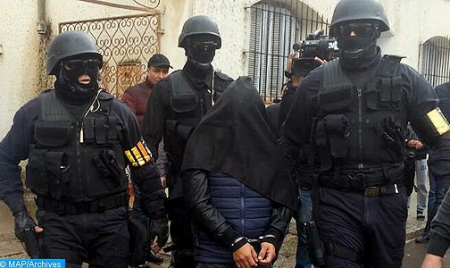 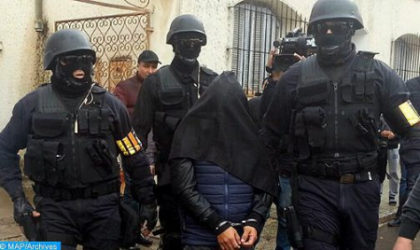 The Central Bureau for Judicial Investigations (BCIJ) has dismantled this Friday (May 3) a pro-ISIS terror cell of eight people, who were operating in the northern city of Tangier, and later arrested a ninth suspect for his alleged connection with the terror cell.

Initial investigations revealed that the cell includes the brother of two ISIS fighters in Syria and Iraq and that the suspects, aged between 20 and 31, adhered to ISIS propaganda and were trying to carry out terror attacks in Morocco, the BCIJ said in a statement.

The suspects are being interrogated for promoting extremism and planning terror attacks across Morocco and investigations are still underway to arrest other people suspected of links with this terror cell, the BCIJ pointed out.

Created in 2015, BCIJ has dismantled hundreds of terror cells, strengthening Morocco’s counterterrorism strategy, which is acclaimed worldwide for its efficiency.

North Africa Post's news desk is composed of journalists and editors, who are constantly working to provide new and accurate stories to NAP readers.
NEWER POSTMigrants’ arrivals in Spain drop by 52% in April thanks to Cooperation with Morocco
OLDER POSTSahara: Algeria & Polisario Upset by Latest UN Resolution