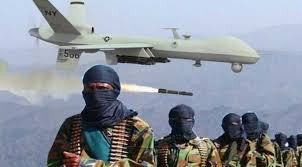 Somalia: Three IS terrorists killed in the north

The US Africa Command (Africom) announced Saturday that its special forces had eliminated three terrorists on Friday in an airstrike against the Islamic State group in northern Somalia.

Africom, which oversees US troops on the African continent, said the latest strike was carried out in cooperation with the Somali government in the Golis Mountains.
“This airstrike eliminated ISIS-Somalia members in a remote location in Northern Somalia,” said Gregg Olson, Africom director of operations. “Removing these extremists impacts ISIS-Somalia’s ability to terrorize innocent Somalis in the region and it creates confusion within the terrorist network.”

Friday’s attack was the second precision airstrike executed by the US military against ISIS-Somalia this month. The first airstrike occurred on April 14, killing the second in command of ISIS-Somalia, Abdulhakim Dhuqub.

Africom stated that no civilian was wounded or killed in the Friday airstrike.

US strikes have so far mainly targeted al-Qaeda-affiliated Shebab terrorist group in southern Somalia, where it maintains a strong grip on some areas.

The African Union Mission in Somalia (AMISOM) has denied reports that Al Shebab group has taken over the newly liberated village of Sabid (south), asserting that the village is still controlled by allied forces.