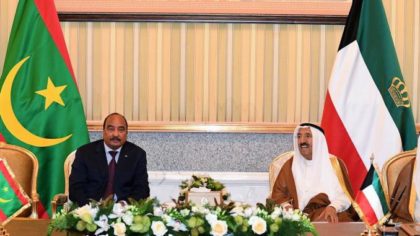 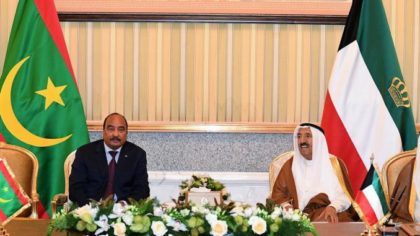 Kuwait Thursday denied Mauritania’s state news agency report that it has wiped out the interests on loans it had granted to the North African country, explaining that the interests are replaced with “investment opportunities’.

The denial came in the wake of a Tuesday report by the Mauritanian state-run news agency that the Gulf country and Mauritania signed a MoU to settle Nouakchott’s debt to Kuwait,
during the state visit to Kuwait by President Mohamed Ould Abdelaziz.

The Kuwaiti Finance Ministry Thursday branded “incorrect” the report, stressing that the MoU signed on Tuesday aimed at settling Nouakchott’s indebtedness to Kuwait “with the possibility of replacing the debt’s interest with exclusive Kuwaiti investment opportunities in Mauritania”, The Turkish news agency Anadolu reports.

Mauritania’s debt to Kuwait dates back to the 70s and is estimated at two billion dollars, according to Mauritanian media, while Kuwaiti media value the size of the debt at more than $4 billion.

The loans took forms of investments in several development areas of the North African country.