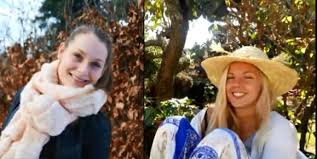 Morocco has convicted a Swiss suspect in connection to the Imlil murders, where two Scandinavian tourists were killed in December 2018 in Morocco’s Atlas Mountains.

The Criminal Chamber in charge of terrorism cases at Salé’s appeal court sentenced the Swiss national, named according to press reports Nicholas P., to 10 years in prison for links to the perpetrators of the murder of the two Scandinavian tourists, a judicial source announced.

Nicholas P., nicknamed Abdelkerim, was arrested in connection with the investigation of the murder of the two Scandinavian tourists. He was found guilty on Thursday of participation in a terrorist association.

The defendant was prosecuted for “the setting up of a gang to prepare and commit terrorist acts aimed at seriously undermining State security, premeditated assistance to perpetrators of terrorist acts, training of persons to join a terrorist organization and apology for terrorism”.

Swiss news outlets reported that the 33-year-old has been living with his wife and two children in Rabat for some years and that the court convicted Nicolas based on his relationship with Genevans who went to Syria to fight with ISIS.

A second Swiss national, Kevin Zoller Guervos, was prosecuted in the same case for “setting up a gang to prepare and commit terrorist acts as part of a collective project aimed at seriously undermining public order and promoting terrorist acts and organizations, as well as the failure to report terrorist crimes”.

According to media reports, the two defendants came into contact while residing in Switzerland and even exchanged the video showing the murder of the two tourists.

Police have arrested 23 other suspects in connection with the murders. Suspects convicted of terror-related crimes typically receive 10- to 15-year prison sentences.