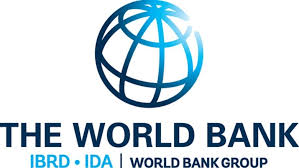 The World Bank unveiled a new plan Thursday to help African countries strengthen their human capital, setting ambitious targets to be achieved in the region by 2023.

The objective of the plan is to enable Africa’s young people to grow up with optimal health and equipped with the right skills to compete in the digitizing global economy, the WB said in a press release.

Sub-Saharan Africa scores the lowest of all the world’s regions on the World Bank’s Human Capital Index, a measurement of how well countries invest in the next generation of workers.

The score is explained by high mortality and stunting rates in the region, as well as inadequate student learning outcomes – all of which have a direct effect on economic productivity.

In an effort to help countries turn these indicators around, the World Bank’s Africa Human Capital Plan is setting ambitious targets to be achieved in the region by 2023. These include a drastic reduction in child mortality to save 4 million lives, averting stunting among 11 million children, and increasing learning outcomes for girls and boys in school by 20%. These achievements can raise Africa’s Human Capital Index score upwards to increase the productivity of future workers by 13%.

The Plan also aims at empowering women to prevent early marriage and pregnancy for adolescent girls.

The World Bank will increase its investments in human capital in Africa by 50% in the next funding cycle.

The World Bank will also target game changing interventions that leverage technology and innovation and that prevent and reverse damage to human capital in fragile and conflict-affected settings.

The World Bank is already supporting countries to come up with new strategies to invest more and better in their people. Twenty-three African countries, covering over 60% of the region’s population, have joined a coalition of nearly 60 countries to join the Human Capital Project, committing to a set of accelerated investments in their human capital.

North Africa Post's news desk is composed of journalists and editors, who are constantly working to provide new and accurate stories to NAP readers.
NEWER POSTMoroccan Diplomat Elected President of UNICEF Board of Directors
OLDER POSTMauritanian President supports Morocco’s sovereignty over the Sahara