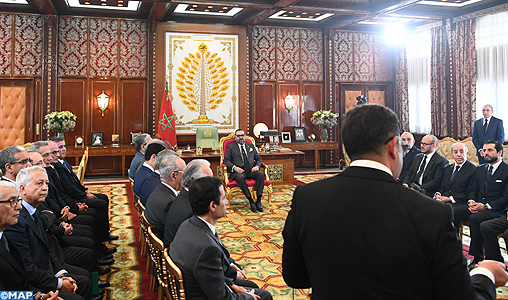 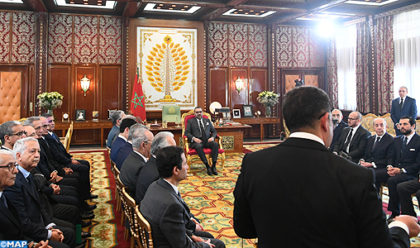 The roadmap for the promotion of vocational training in Morocco has been presented to King Mohammed VI at a meeting he chaired Thursday in Rabat.

The roadmap provides inter-alia for the setting up of “des cités de métiers”, platforms of professions and skills, in each of the twelve regions of the Kingdom. The Cities will open their doors in September 2021.

During the meeting, Minister of National Education, Vocational Training, Higher Education and Scientific Research, Saïd Amzazi, explained the cities of Professions and Skills are multi-sectoral and multifunctional structures that will become a strategic lever for competitiveness and an engine for the integration of the youth into active working life.

These new cities will focus on training that is in line with the specificities and potential of each region, he said, adding that particular focus will be given to tomorrow’s jobs, including digital-offshoring.

He said these platforms will recreate professional environments through specific structures, such as simulation centers and technological halls, so that the training be theoretical as well as practical.

Training related to digital-offshoring jobs will be provided in the twelve regions of the Kingdom, while those related to artificial intelligence will be offered in the regions of Rabat-Salé-Kenitra and Casablanca-Settat, the minister said.

In accordance with the Royal instructions, these new Cities will be able to host and develop all the programs aimed at young people working in the informal sector, in order to strengthen their skills, particularly in languages, so that they can join the formal sector, Amzazi said.

The Thursday meeting is the latest of a series of meetings on vocational training held under the Chairmanship of the Sovereign, who attaches utmost priority to revamping the vocational training offer in order to be adapted to the requirements of the labor market and national economy and equip the Moroccan youth with skills that would help them find jobs easily.

In a speech in August last year, the King had stressed that further attention needed to be given to vocational training at all levels, and to creating a new generation of centers for the vocational training of young people, keeping in mind current needs as well as the particularities and expectations of each region.

Later, at the opening of the Parliament’s fall session (October 12), the King insisted on the need “to work on creating more bridges and links between vocational training programs and general education courses within a unified, integrated system.”

The Sovereign had also stressed the need to set a balance between theoretical training and practical, workplace training.