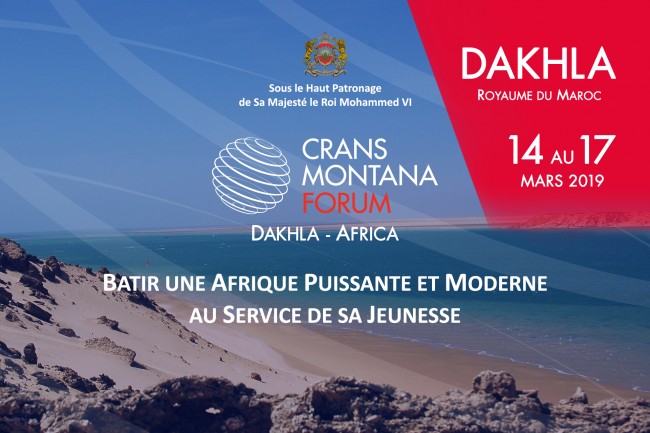 Morocco’s King pleads for youths’ empowerment in Africa, the front and center in the world order 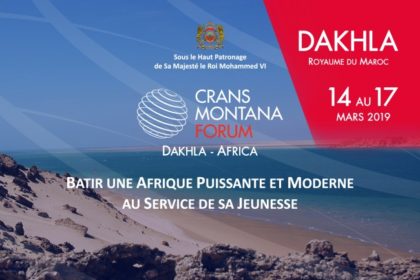 King Mohammed VI has pleaded for empowering African youths, as Africa’s population is the youngest in the world and as the fast pace of the demographic transition on the continent requires major development projects, especially in such areas as education, health, agriculture, infrastructure and the fight against poverty.

African must take up these challenges to ensure its emergence, the King said, noting that 19 is the median age in Africa today. “This generation of young people will build the Africa of tomorrow; African youths will contribute to peace, stability and socio-economic development on the Continent,” he underlined in a message sent Saturday to the participants in the 5th Crans Montana Forum held in the Moroccan southern city of Dakhla under the theme “Building a powerful and modern Africa dedicated to its youth”.

“Our Continent may hold countless promises, but one thing is for sure: Africa is the Continent of all expectations. Above all, our Continent is front and center in the world order. By rising to Africa’s challenges, the world would be tackling international geostrategic issues, in addition to changes that are currently unfolding. Africa’s moment has come. This century must be Africa’s,” the Sovereign pointed out in the message that was read out by was read by President of the Dakhla-Oued Eddahab region, Khattat Ynja.

“However, our youths need to be encouraged, trained, empowered and, above all, valorized. They must be trained to turn today’s economic potential into tomorrow’s reality,” he said, warning that failure in this area would be a disaster of epic proportions, not only for Africa but for other regions as well.

Touching on illegal migration and the perilous journey some of African youths embark on, seeking a future in other parts of the world, the King said the phenomenon “should not be seen as a fatality, or as a sign of a failing Africa.”

He insisted that African countries’ common interest “lies in working towards the adoption of pertinent, tailored responses so that our young people may realize that their future is in Africa and for Africa.”

King Mohammed VI who underlined his confidence and strong belief that Africa has a lot to offer and has all it takes to evolve, to engage with the world – boldly and resolutely – and to change radically, recalled Morocco’s commitment to Africa, to active South-South cooperation and to fraternal and mutually beneficial form of solidarity. This commitment is not dictated by circumstances, or by narrow interests. “Indeed, I consider that serving Africa – our Continent – is not only our duty and responsibility, it is also our chance,” he said.

The King went on to say that “guided by this sense of responsibility, Morocco has opted for openness, solidarity and constructive engagement with all its African peers; it has chosen to promote and support peace, stability and security in Africa. I am convinced these are fundamental conditions for the preparation and success of economic and social policies that will guarantee a better, more dignified life for African populations.”

“In keeping with this firm belief, the Kingdom wants to work with African sister nations and with their friends and partners to make the Continent a land of the future. This has been the spirit guiding our action, especially since Morocco returned to its African institutional family. It is up to us to put Africa on a path towards progress and emancipation, and to empower it so that it may hold its rightful place on the global stage,” he said, calling for mobilizing all the stakeholders and key players to forge this common destiny – one that enables Africa to truly emergence.

Pointing out that the current era is characterized by unprecedented upheavals, the Sovereign insisted that the demographic transition, the ecological conversion, the digital revolution and mobility are key drivers of these changes.

“We must adapt to these new realities and make sure our policies evolve for the good of our people and for the sake of the future of our young people.”