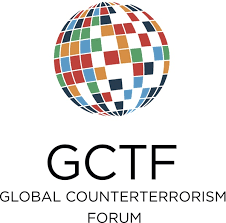 Morocco has been re-elected for the third consecutive time to the co-Chairmanship of the Global Counterterrorism Forum (GCTF), which seeks to reduce the vulnerability of people worldwide to terrorism by preventing, combating, and prosecuting terrorist acts.

During its third mandate, Morocco will co-chair this international forum with Canada from 2020 to 2022, after it co-chaired the forum with the Netherlands during two mandates. The decision was made during the 15th GCTF Coordinating Committee Meeting convened Wednesday in Malaga, Spain

The extension of the co-chairmanship is an international recognition of the efforts made by the North African Kingdom in the fight against terrorism.
Morocco is also a founding member of GCTF and the Global Coalition to Defeat ISIS, and participates in all of the Coalition Working Groups.

Launched in 2011, the GCTF is an informal, a-political, multilateral counterterrorism (CT) platform that has strengthened the international architecture for addressing 21st century terrorism.

Central to the Forum’s overarching mission is the promotion of a strategic, long-term approach to counter terrorism and the violent extremist ideologies that underpin it. The GCTF develops Good Practices and tools for policy-makers and practitioners to strengthen CT civilian capabilities, national strategies, action plans and training modules.

It provides a forum for national CT officials and practitioners to meet with their counterparts from different regions to share experiences, expertise, strategies, tools, capacity needs, and capacity-building programs.