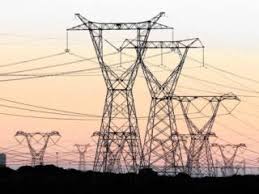 The City of Cape Town is fighting for its right to purchase cleaner energy directly from independent power producers (IPPs).

The City of Cape Town has petitioned the North Gauteng High Court in South Africa to buy up to 40 MW of renewable energy from IPPs.

The City has taken Energy Minister Jeff Radebe and the energy regulator to the High Court in Pretoria to challenge the status quo that allows municipalities to purchase from IPPs only if they have ministerial approval.

The city said in a statement it was doing everything possible to move away from sole reliance on state-owned power utility Eskom for its energy needs.

The city said if it was allowed to procure renewable energy, it could reduce long-term costs for residents.

“Currently, 65% of the tariff we charge customers goes towards the cost of buying electricity from Eskom,” it said.

The price of power generated from IPPs would differ based on technology and the procurement process to be followed if the court case was successful.

Concentrated solar power technologies are more expensive and it would be more favorable to use wind or PV power but locals are cautioned that it would cost more than electricity.

Earlier in February, the deeply indebted power utility took 4,000 MW off the grid for the first time, as 40% of its available generating fleet was offline.

North Africa Post's news desk is composed of journalists and editors, who are constantly working to provide new and accurate stories to NAP readers.
NEWER POSTCôte d’Ivoire: more villages to be connected to the power grid
OLDER POSTSouth Sudan, China to boost cooperation in oil sector