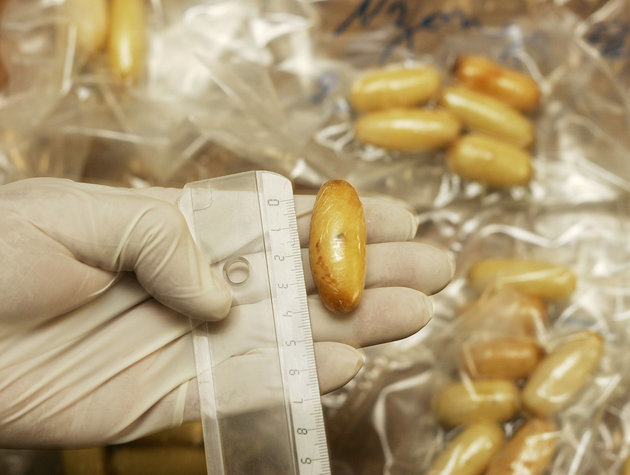 BRUSSELS, BELGIUM - APRIL 24: Confiscated capsules containing about 15 grams of cocaine each are displayed at the Brussels Federal Police station on April 24, 2007 in the Belgian capital Brussels. 350 kg of marijuana and 15 kg of cocaine were seized in downtown Brussels. The marijuana was ready to be transported to the UK in plastic tubes. In a sceond seizure an African was caught at Brussels airport having swallowed 90 capsules containing 15 grams of cocaine each. (Photo by Mark Renders/Getty Images)