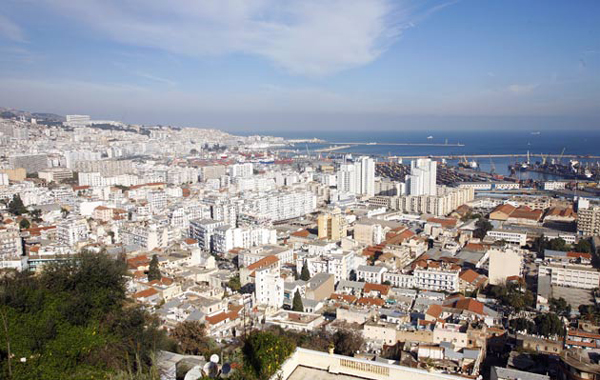 The Algerian government is planning to build five major tower complexes in the North African country, which is an important oil and gas producer.
These major residential projects, to cost $ 2 billion, are destined to reduce and mitigate housing shortage exacerbated due to galloping population growth and a steady flow of urban migration.
The towers will be built in the cities of Algiers, Oran, Annaba, Constantine and Ouargla. These 30-100 story buildings will have each up to 1,000 apartments, recreational and leisure facilities.
The project of these high-rise buildings leave some experts wondering whether Algiers intends to join the world skyscrapers mad race which getting momentum in the Oil-rich Gulf region and Asia.
Dubai has currently tallest residential tower in the world – the 828 meter Burj Khalifa, besides the 414-m Princess Tower, the 395-m 23 Marina and the 381-m Elite Residence.
According to Algerian ministry of housing and urbanization, the country needs 225,000 housing units per year to meet growing demand. The government builds 75,000 units annually, leaving a shortage of 150,000.
Several measures have been taken by the Algerian government to alleviate housing problems. These include financial assistance provided for new units or renovation of existing ones, the reforms introduced to regularize ownership & rent and the ambitious programs launched to provide housing for millions of people migrating to cities from rural areas.
Private and foreign contractors have also been invited to participate in bids for the construction of around 2.4 million low-cost homes but some lingering obstacles (access to loans, corruption, slow administrative processing, funding…) still hamper efforts to solve housing problems.

North Africa Post's news desk is composed of journalists and editors, who are constantly working to provide new and accurate stories to NAP readers.
NEWER POSTMorocco, Jordan and Tunisia gets European bank investments
OLDER POSTEgypt: Will tourists come back to the rescue of an ailing economy?