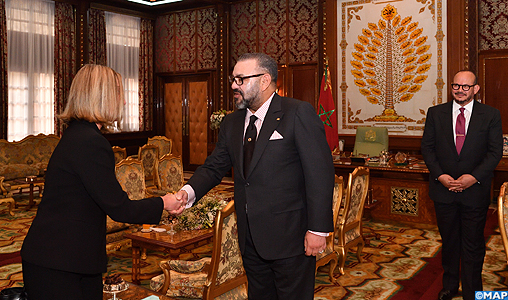 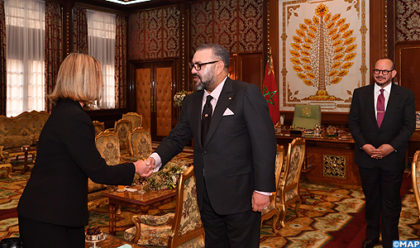 Algeria and its proxy the Polisario have yet again tasted the bitter taste of diplomatic defeat as Morocco and the EU renew the agricultural agreement that covers products from the Sahara region.

Right after the adoption of the agreement, the EU’s Foreign Policy Chief Federica Mogherini paid a visit to Morocco where she was received Thursday by King Mohammed VI.reaffirmed the centrality of the partnership with Morocco.

“The audience granted to Mogherini was an opportunity to highlight the centrality of Morocco in the foreign policy of the European Union, as well as the excellent relations between the two partners, which are celebrating their 50th anniversary this year,” Morocco’s Royal cabinet said in a statement.

During the audience, Federica Mogherini underlined the Union’s deep attachment to its partnership with Morocco, as well as the pioneering role of the Kingdom in the Mediterranean, in North Africa, in Africa, as well as in the Middle East to address the challenges of security, stability and development, the statement said, adding that “the recent adoption by the European Parliament of the Morocco-EU Farm Agreement underlines that the strengthening of the partnership depends on respecting the Kingdom’s higher interests and preserving its territorial integrity”.

At a meeting a day earlier with foreign minister Nasser Bourita, Mogherini welcomed the renewal of the agricultural agreement while expressing satisfaction at “the over 50-year strategic partnership with Morocco.”

Had the Polisario and its advocates thought that the EU is an irrational actor in international relations who would put its longstanding partnership with Morocco to please the Algerian regime? Had they thought that Morocco would relinquish its sovereignty over its southern provinces in talks with the EU? The answer to these questions reverberate loudly in the pro-separatist camp as they come to terms with the credibility of the Moroccan principled foreign policy.

To their utter despair, the Polisario’s legal cases against Morocco’s agreements with the EU will soon be a thing of the past as the European Union Court of Justice rejected a Polisario’s challenge of the fisheries agreement.

The court considered that the Polisario front “is not directly or individually concerned” by the fisheries agreement and “cannot, in any case, be considered.” It therefore declared the action for annulment as “inadmissible in its entirety” and ordered the Polisario to pay “in addition to its own costs, the judicial proceeding costs incurred by the Council of the European Union”.

The European External Action Service (EEAS) has also reduced the Polisario to its actual status of a proxy militia nurtured by Algeria when it considered the group as “not entitled to claim exclusive representativeness of the population of the Sahara.”

The adoption of the agricultural agreement should ring the alarm bell in Algeria to stop squandering its money on pro-separatist organizations and lobbyists to push the EU for stands that verge on irrationality.