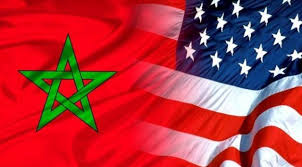 A group of U.S. State Attorneys General, who visited Morocco recently, said they witnessed “the popularity of King Mohammed VI and the effects of his wise, progressive leadership” on the country’s socioeconomic development and on regional influence.

Since his accession to the throne in 1999, the Monarch has embraced technological advances to modernize the nation while preserving its core principles and traditions, said the Attorneys General, Sean Reyes and Lawrence Wasden, who visited Morocco to learn about the country’s efforts to counter human trafficking, cyber terrorism and transnational organized crimes.

In a column published lately in Salt Lake Tribune, the two law enforcement officers said that during their trip to the North African Kingdom, they “found a country that cares deeply about security and rule of law, in a region hostile to both”.

“We also saw firsthand how Moroccans are using innovative methods to curb radicalism and violent extremism, and we believe we contributed to the ongoing strength of a valuable diplomatic friendship”, underlined the senior US justice officials and elected representatives, who visited Morocco part of a delegation of members of the Conference of Western Attorneys General.

In their column titled “United front with Morocco supports security across the globe”, they recalled the historic, longstanding ties existing between the two countries, saying these ties remain of the highest importance today, especially in the global fight against terrorism and extremism.

“We learned how a Muslim majority nation is addressing these challenges, against threats both foreign and domestic, and promoting shared interests and ideals in a region growing increasingly unstable”, said the U.S. Attorneys General.

During their stay in Morocco, the U.S. delegation visited the Mohammed VI Institute for Imam Training. This center trains imams, both male and female, from Morocco and beyond and promotes a moderate version of Islam, one at peace with the non-Muslim world, which respects the rights of minority faiths and peoples and upholds the rights of women.

“We also discovered that Morocco has been training for over a decade young women as morchidates (female preachers) who also contribute to promote the moderate values of Islam throughout the kingdom while neutralizing radical extremist thinking”, said the Attorneys General.

“Nowhere in the region do our interests and our values coincide more than they do in Morocco”, affirmed the Attorneys General, underlining the importance of Morocco as a major U.S. ally in the region and as a global leader in the fight against extremism.

“We must stand by the North African Kingdom as it continues to lead the way in the region in terms of reforms and as an exporter of peace while at the same time addressing the challenges brought by increased regional instability, rising extremism and external threats from Iran”, said the U.S. Attorneys General.