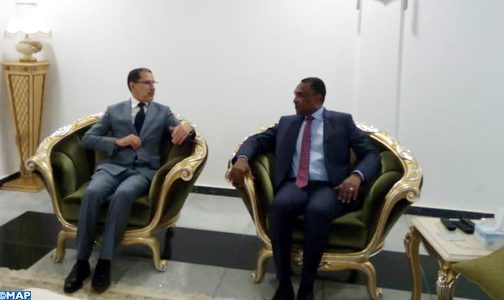 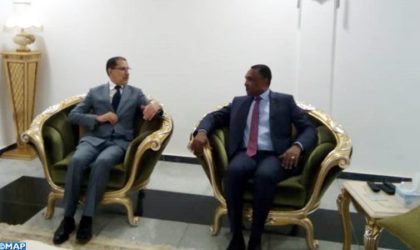 Morocco has committed to contribute to the Priority Investment Program of the regional G5-Sahel group, which held Thursday a Coordination Conference of Partners and Donors in Nouakchott.

Head of the Government Saâd Eddine El Othmani who led the Moroccan delegation to the conference outlined the broad lines of Morocco’s contribution to the group, mustering Burkina Faso, Mali, Mauritania, Niger and Chad. It aims to ensure security and contribute to the development of the region.

He said in this connection that in accordance with its Africa-oriented strategy and its traditional support for South-South cooperation, spearheaded by King Mohammed VI, the kingdom will assist the G5 Sahel countries in several areas, including the fight against desertification, the promotion of farming, the management of water, the upgrading of vocational training and health services.

He added that the Moroccan Agency for Sustainable Energy (MASEN) will participate in carrying out electrification projects in border rural zones, planned under the first phase of the G5-Sahel Priority Investment Program (PIP) covering the 2019-2021 period.

El Othmani noted that MASEN is also party to a partnership agreement concluded with the African Development Bank within the framework of the “Desert to Power” program, meant to transform countries in the Sahel region by accelerating their access to energy through solar power. The Moroccan agency will thus share with G5 Sahel countries its know-how and provide them with technical assistance to implement integrated renewable energy projects.

Another Moroccan agency, the Moroccan Agency for Energy Efficiency (AMEE), will conduct technical studies on the rural electrification projects in border zones and extend assistance to local operators.

Other measures of support to the G5- Sahel will be announced later by the Moroccan government, he said.

The Coordination Conference ended on a positive note as the group’s partners and donors pledged an overall amount of €2.4 billion, which represents 127% of the financing needs expressed by the G5-Sahel.

The commitments announced are intended to finance the Priority Investment Program, a portfolio of 40 projects, focusing on security, resilience, governance and infrastructure, and covering the period 2019-2021. The PIP needs €1.9 billion for its implementation.

On the sidelines of his participation in the Coordination Conference, El Othmani conferred with the Mauritanian Prime Minister Mohmed Salem Ould El Bechir on means to give a new impetus to cooperation between the two countries.

El Otmani who described these talks as “very important” said Morocco attaches great importance to its cooperative relations with Mauritania.

He said talks also covered preparations for the holding of the High Joint Moroccan-Mauritanian Commission in 2019.