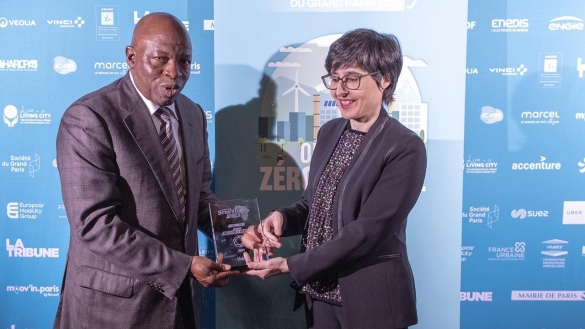 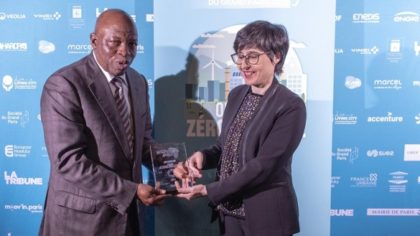 The Moroccan telecommunications operator has received the “Smart City Africa” award for its project of high speed wifi network in the Casablanca tramway, called “Wifi M3ak”.

The prize was handed to Mrs. Nadia Fassi-Fehri, President and CEO of Inwi, at a ceremony in Paris Tuesday, on the sidelines of the Smart City Forum.

Inwi’s “Wifi M3ak” project, led in partnership with «Casa Transport» (manager of public transportation in the city) introduces a very high speed wifi network on Casablanca’s tramway. The project was described as an innovative and structuring project for the future of a large city like Casablanca.

It is also a major technical achievement since it is the first time that very high-speed connection devices are installed on a moving structure in Morocco. Inwi has thus equipped the 74 trains of the city’s tramway with the latest generation of adapted high-tech material, resistant to shocks, various climatic and environmental conditions.

«As a global digital operator, we have an essential responsibility: to ensure efficient connectivity for everyone, everywhere, thing that represents the spirit of any smart city application or service. Wifi M3ak fits in this frame. It is a structuring service for a city like Casablanca. A symbol of progress, modernity and inclusion. Wifi M3ak is a service that allows millions of Tram users to have Wifi on board and enjoy fully their travel time in sharing, learning or getting information through a continuous and stable internet connection», said Nadia Fassi-Fehri, CEO of inwi, when receiving the award.

Smart city Forum is held annually in five major French cities and regions. It seeks to be a platform for debate and exchange of experiences on new economic models in urban areas, and tackles the impact of the digital revolution on cities, as well as rewarding the most innovative initiatives for Smart Cities.