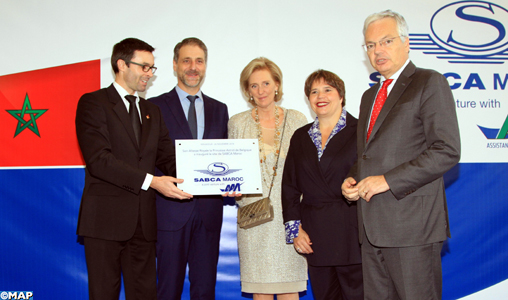 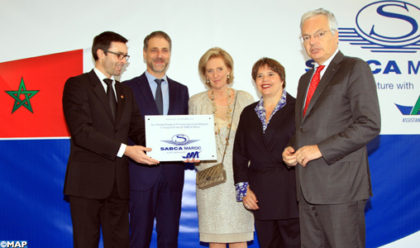 Belgian SABCA has teamed up with Sabena Aerospace to set up in Morocco a major and independent regional player in Maintenance, Repair, Overhaul and upgrade (MRO&U) for African military aircraft.

SABCA, through its subsidiary SABCA Maroc, partners with Sabena Aerospace to propose, from the North African Kingdom, services for military aircraft maintenance.

The first identified platform is the C-130, a military transport aircraft built by Lockheed. The aircraft is well-known by Sabena Aerospace, one of the first companies in the world to be certified in 1976 by Lockheed to provide maintenance services on the C-130.

In a second phase, the partners will extend their offer to other platforms mastered by SABCA such as F-16, Alphajet, Mirage F1 or Agusta A-109.
This new capability will enable Morocco to become a major regional player in the military aircraft maintenance.

“Morocco has quickly become a natural choice to install this new base”, said Mr. Thibauld Jongen, CEO of the SABCA Group. “The experience gained through the development of our subsidiary SABCA Maroc is very positive: the workforce is highly skilled, the government encourages the industrial development and both our countries want to strengthen their cooperation”, he added.

“We produce in Casablanca assemblies for Airbus and Dassault Aviation aircraft since 2012 et we are planning to further develop this activity”, recalled Mr. Thibauld, noting that his company looks forward to writing a new chapter to its cooperation with Morocco and Sabena Aerospace”.

“We are pleased to start this first collaborative venture with the SABCA group. For several years now, Sabena Aerospace aims to develop industrial partnership with major aerospace players in Belgium to offer unique solution to the market thanks to the combination of their respective expertise” said Mr. Stéphane Burton, CEO of Sabena Aerospace.

“Beside the historical links between Belgium and Morocco, Sabena Aerospace has strong ties, for several decades, with the Moroccan aviation professionals”, he added.

The signing of the agreement councides with the holding in Casablanca of the Belgian-Moroccan Economic Forum, which marks the launch of an economic mission named “Doing business in Morroco” (November 26 to 30).

This large number of companies mirrors their interest in doing business with Morocco, mainly in the leading sectors of automotive, aeronautics, renewable energies and agri-food industry.

At the end of the first six months of 2018, Belgian exports to Morocco amounted to €439.3 million, scoring a 2.2% increase compared to the same period of 2017. Meanwhile imports from Morocco dropped by 6.6 per cent to stand at €172 million during the same period.