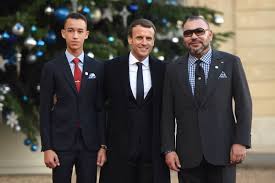 Emmanuel Macron in Morocco for Inauguration of High Speed Train

French President Emmanuel Macron is expected this Thursday in Morocco, where he will attend the inauguration by King Mohammed VI of the Tangier-Casablanca high-speed train, the first in Africa.

The French President will be accompanied by the business leaders who participated in the implementation of the TGV project.

King Mohammed VI and the French head of state will be aboard the train making its inaugural trip from Tangier to Rabat.

The high-speed train linking the city of Tangier to Casablanca, the country’s economic capital, will halve the journey time between the two cities to just over two hours down from 4 hours 45 minutes currently.

The TGV has set the target of transporting 6 million passengers a year with departures every hour from Casablanca and Tangier. The average occupancy rate is expected to reach 70%.

The TGV line could be extended later towards Marrakech and Agadir, two major tourist cities.

According to economists, this new railway line, linking the two economic and industrial poles, falls within the framework of Morocco’s global strategy to upgrade infrastructures and promote an efficient and modern rail transport system.

Investments in Morocco’s railway sector grew sevenfold to stand at 34 billion dirhams in the 2010-2015 period.