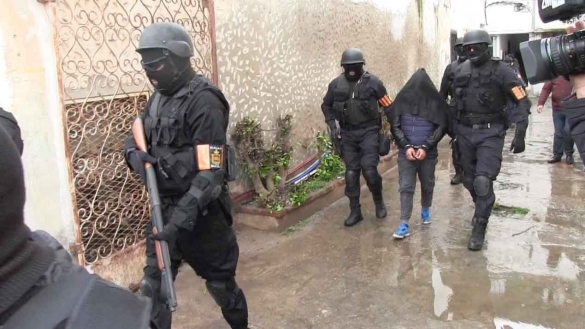 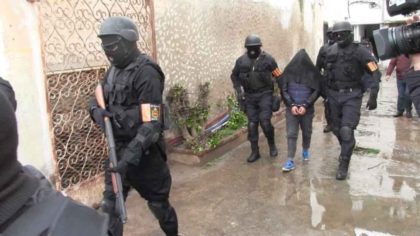 Two jihadists, members of ISIS terror group, were nabbed Friday by Moroccan security services, engaged in a tireless war against terrorism and extremism.

According to Morocco’s Central Bureau of Judicial Investigation (BCIJ), the suspects, aged 25 and 18, were planning to carry out a terrorist attack threatening the country’s stability.

The two ISIS operatives were arrested in Inzegane and Aït Melloul, Southern Morocco. One of the captured extremists is a former terror convict, while the other is a sharia law student.
Both have links with other terrorists arrested in July 2018 in Fes and Safi and were trying to get weapons to commit terror attacks in the North African Kingdom.

Preliminary investigation showed that the suspects also have contacted jihadists operating overseas to learn from their experience in making explosive devices and poisons.

Few days ago, Moroccan authorities arrested in the city of Mohammedia (near Casablanca) an engineering student with ties to ISIS. He was planning to launch a terror attack using an explosive belt.

Since its creation in 2015, the BCIJ, Morocco’s FBI, dismantled 183 terror cells.

Thanks to this proactive strategy, there have been no terrorist attacks on Moroccan soil since 2011. The authorities have placed counterterrorism at the top of priorities following the Casablanca terror attacks in 2003 and the two subsequent attacks of 2007 and 2011.