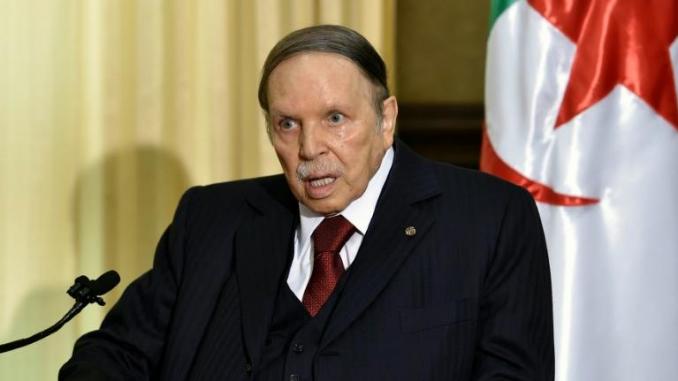 It’s Quasi Official: Bouteflika Candidate to his Own Succession in 2019 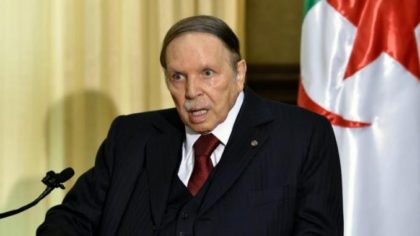 Algeria’s ailing President Abdul Aziz Bouteflika, in power since 1999, will be candidate to his own succession in 2019.

Outgoing President Bouteflika will be the party’s candidate at the presidential elections set for April 2019, the FLN Secretary General said.

“His candidacy (for a fifth term) has been demanded by all the FLN cadres and activists across the country,” Ould Abbes said at a ceremony in honor of the new leader of the FLN parliamentary group, Mohamed Bouabdallah.

According to Ould Abbes, the FLN Central Committee will meet very soon to formalize Bouteflika’s candidacy.

Bouteflika, 81, has been at the helm of Algeria since 1999, but has been incapacitated since he suffered a stroke in 2013.
Since his re-election in 2014, his public appearances have become very rare and he regularly goes to France or Switzerland for medical treatment. He made his latest public address to the nation more than six years ago.

If he wins the 2019 polls, he will be 87 at the time of the following elections, in a country where more than 40 percent of the 41-million strong population is under 25.

Actually, Bouteflika’s candidacy for a fifth term at the head of Algeria is far from having unanimous support, even within the FLN itself. It also comes in a particular context marked by the sacking of senior Algerian army officers and following what analysts called a coup against the speaker of the National People’s Assembly Saïd Bouhadja, who had been replaced by Mouad Bouchareb.

Prominent Algerian academics, writers and politicians wrote an open letter last May urging Bouteflika not to run, saying his frail health would prevent him from effectively leading the country.
And just last week, Louisette Ighilahriz, a figure of the Algerian war of independence, resigned from the Senate to protest against Bouteflika’s candidacy for a fifth term in office: “I keep all my faculties, but I cannot vote for someone invisible. The president is being held hostage,” the Senator said.

However, besides the FLN, the National Rally for Democracy and the Rally for Hope for Algeria -the three parties holding the majority in the lower house of parliament and having links to the presidency’s inner circles or military intelligence apparatus – are in favor of extending Bouteflika’s tenure. They are acting so to protect their interests as the country is at grips with growing social woes and popular resentment.