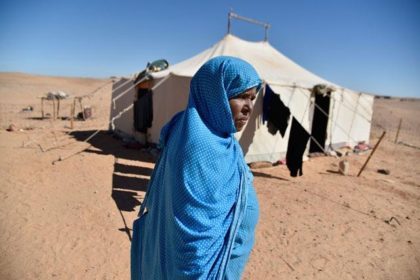 UN Secretary General Antonio Guterres estimated at 90,000 the population held against their will in the Polisario-run camps in south-western Algeria, a figure that is much lower compared to the inflated count put forward by the separatists and their mentor.

In a report to the Security Council, Guterres said the UN Humanitarian Agencies have continued covering the needs of the Tindouf camps’ populations through “the monthly distribution of 125,000 food rations”.

This number of food rations corresponds to the figure of 90,000 people living in the Tindouf camps, adopted by the United Nations High Commissioner for Refugees (UNHCR) and the World Food Program (WFP) in 2005. The 35,000 additional rations were added in 2006 following the floods that hit the camps.

The UNHCR had said that they will keep these estimates until a census is conducted. Morocco and the UN have repeatedly called for a head-count of the camps population but the Polisario and its mentor Algeria refuse to allow the operation.

The EU had decided to reduce aid sent to the Polisario-run camps in a bid to curb humanitarian aid diversion. Following a report by the EU anti-fraud office (OLAF) denouncing the embezzlement of humanitarian aid by the Polisario leadership and Algerian officials, the European Commission decided to cut aid commensurately with the estimated number of 90,000 people instead of the inflated 165,000 people put forward by the Polisario and Algeria in an attempt to sell the idea of the existence of a “Sahrawi People” with a “republic” in exile

Some independent Algerian media had said that the number of Moroccan Sahraouis in Tindouf camps does not exceed two-thirds of the 90,000 camps’ inhabitants, with the rest being Mauritanians and Sub-Saharans who were forced to stay in the camps as part of an Algerian scheme to inflate numbers.

Carrying out a head-count of the population held in Tindouf will enable international aid agencies to assess the needs of the population and will also pave the way for the camps dwellers to obtain the refugee status, which will grant them the right to return to their homeland Morocco or at least the right to freely choose their country of asylum. Algeria and the Polisario dread the most such options as they continue to trade in the suffering of Sahraouis living in abject conditions.