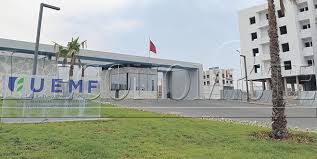 The Euromed University of Fez has received over €13 million, donated by the European Union via the European Investment Bank (EIB) for the construction and equipment of its eco-friendly campus.

This world-class campus, to be built over 26 ha area, will be able to accommodate about 7,000 students and 650 staff members of diverse nationalities from the Euro-Mediterranean region and Sub-Saharan Africa. Construction works are expected to be completed by 2021.

EU ambassador to Morocco Claudia Wiedey said: “we hope that several students from all horizons (Mediterranean, Sub-Saharan Africa, Europe) will benefit and graduate from the Euromed University, imbued with the values of tolerance between peoples, enriched by the virtues of interculturality and equipped with the most useful skills for the local and international labor market”.

EIB Representative in Morocco Anna Barone said: “we are pleased to be able to contribute again, thanks to EU funds, to the development of the Euro-Mediterranean University of Fez, which plays an essential role in the field of higher education and research in Morocco”.

The university’s “intercultural vocation and willingness to partner with other academic institutions in the Mediterranean make it a key academic player in the region”, added the European bank representative.

The Euromed University of Fes is a new regional center of excellence promoting dialogue, intercultural exchange, sharing of knowledge and cooperation in the fields of higher education, research and innovation.

It seeks to contribute to regional stability and integration. Its particular regional approach is reflected in the diversity of nationalities of the students and staff as well as in the contents of study programs, which focus on important topics for the integrated development of the Mediterranean region.

The UEMF aims at building a new generation of young people with a unique Euro-Mediterranean profile, who can play a role towards transforming the region from their future positions in an effective and cooperative way between both shores of the Mediterranean.