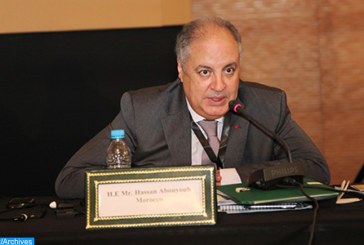 Algeria has kept its borders with Morocco closed since 1994 because it lacks a dynamic private sector that is able to compete in a free market, Moroccan ambassador Hassan Abou Ayoub said.

Keeping borders sealed runs against the ideal of achieving integration in the Maghreb region, the diplomat told Italian journalists on the sidelines of a conference on the Mediterranean region, held last week.

“Algeria kept borders closed with Morocco because it is not prepared to integration,” Abou Ayoub said.

“Algeria is not well prepared for competition with Morocco and Tunisia in fields such as industry, agriculture and services,” he said.

Drawing on the example of the European Union and its integration process, Abou Ayoub noted that the lack of dialogue between Algeria and Morocco and the absence of bilateral cooperation between the two heavy weights of the Maghreb as well as the bleak prospects surrounding the Algerian economy are all factors that have kept the North African region one of the least integrated in the globe.

In this respect, he said that the Sahara issue is a bilateral conflict between Morocco and Algeria and that any solution would require an active involvement of Algeria, which hosts, funds and defends the Polisario separatists.