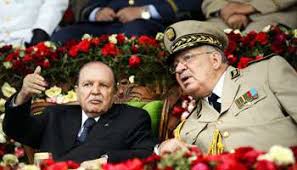 Five army generals recently dismissed by Algeria’s President Abdelaziz Bouteflika were banned from leaving the country as the military court has seized their passports over the weekend.

The president of Algeria has fired without explanation several generals over the few past months.

Last month, four regional commanders and senior generals have been dismissed. The generals, Said Bey and Lahbib Chentouf, had been in charge of the first and second military regions.

Before this year’s cull, Bouteflika had already sacked in 2015 the top intelligence chief, Mohamed Mediene, and tens of senior generals in the intelligence services.

He also replaced the main intelligence agency DRS with a new body called CSS led by a retired general, Athmane Tartag. It reports to the presidency, not to the military like before.

The sacked generals are currently under investigation for corruption and influence peddling.

The ruling FLN party has urged Bouteflika, who has been wheelchair-bound and rarely appeared in public since suffering a stroke in 2013, to run for a fifth term. The veteran leader, in office since 1999, has not said yet whether he will enter the race.