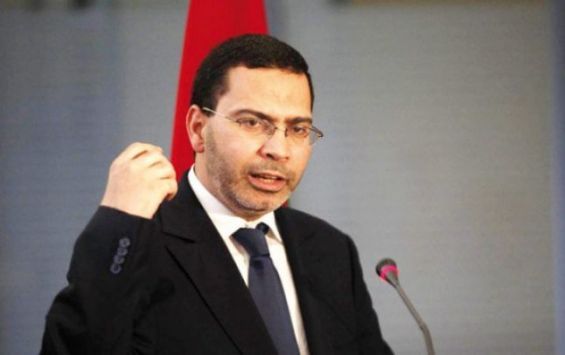 Illegal Migration: Morocco Refuses to Be the European Borders’ Guard 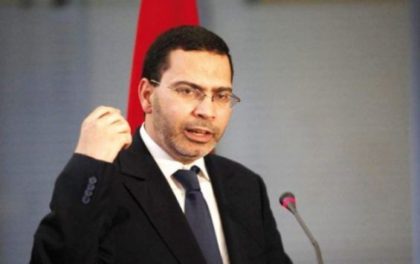 Morocco cannot accept that its territories serve as a safe haven for human trafficking networks and refuses to play the role of the region’s policeman, Spokesperson for the Government, Mustapha El Khalfi, said Thursday in Rabat.

Mustapha El Khalfi was adamant on this issue, during the press briefing given at the end of the Cabinet Council’s weekly meeting. He again explained the strategy adopted by Morocco on the thorny issue of illegal migration and gave eloquent figures.

He said that Morocco has once again told the European Union that it will never accept to host on its territory reception centers for migrants expelled from Europe. This firm stand was expressed lately to the ambassadors of the European Union and of African countries accredited in Morocco.

“We met with the diplomatic missions’ representatives, and explained to them the Moroccan strategy to fight illegal emigration,” he said.

The minister added that the issue of migration, especially the recent repatriation to Morocco of 120 African migrants from Spain, was one of the main topics discussed during the cabinet meeting.

The first point on which the government insists concerns Morocco’s categorical refusal to host migrants’ detention centers on its soil. The second, and not least, is that “the Kingdom cannot by itself play the role of the policeman of Europe”.

In other words, Morocco is asking the EU to contribute both technically and financially to its efforts in this area. “Just as Morocco refuses to play the role of a policeman, it refuses that its territory is used by human trafficking networks that smuggle out migrants to Europe”. Morocco is determined to wage an implacable fight against these “mafia”, insisted the Government spokesman.

The spokesman’s remarks came as some human rights groups denounced what they described as “the role Moroccan security authorities play to protect the European Union”. Some inaccurate press reports alleged that hundreds of illegal migrants from sub-Saharan Africa have been dislodged from northern cities and “deported” to the south.

Government sources explained that when deportations are operated from a city to another, and not abroad, it is mainly to free the migrants from the hands of human trafficking mafias. The number of these networks has increased since the closure of the Libya route, the sources said.

He said this strategy made it possible to regularize, in 2014 and 2017, the situation of nearly 50,000 undocumented migrants, 90% of whom are sub-Saharans, who now reside legally in Morocco.

Several programs were set up to facilitate these immigrants’ social integration and to enable them benefit from education, health, housing and vocational training, he said.

Morocco has also worked, in coordination with the diplomatic representations of the countries concerned and the International Organizations for Migration, to ensure the voluntary return of migrants to their countries of origin in total respect of their dignity and their rights, El Khalfi pointed out. He said 22,000 immigrants have benefited from this operation since 2014, including 1,400 in 2018.

Despite this openness and the humanitarian approach adopted by Morocco in the area of immigration, some illegal migrants have not joined the initiatives proposed as part of the national immigration strategy and still dream of crossing to Europe.