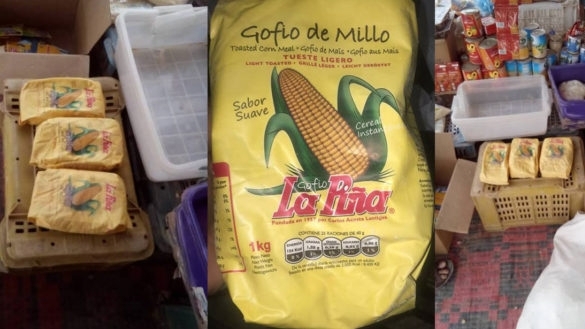 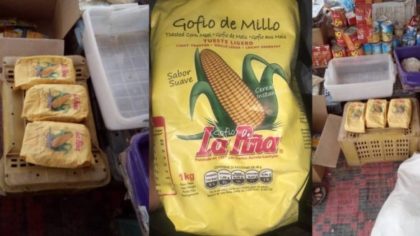 Polisario officials are again involved in the embezzlement of the international aid initially intended for the Sahrawi population sequestered in the Tindouf camps. Products donated part of the assistance were actually found in display in Algerian markets.

The news was revealed Tuesday by the pro-Polisario website futurosahara.com.

According to the website, Gofio, a corn flour donated by Spanish NGOs, part of food assistance and widely consumed in the Tindouf camps, was sold in Algerian grocery stores, instead of being provided to the starving population of the Tindouf camps.

According to the media, while the foodstuff, intended to be distributed free of charge to the inhabitants of the camps, is out of stock in the Tindouf camps warehouses, large quantities were sold over-the-counter in Algerian grocery stores at the price tag of 250 Algerian dinars, ie €1.2 the kilogram.

The media added that some grocers have refused to let its journalists take pictures of the product, probably because they know that it is part of international aid that was diverted as usual by the Algerian and Polisario officials.

Moroccan news website Le360 confirmed this new scandal of misappropriation by the Polisario. It said it purchased the same product Wednesday morning at a grocery store in Nouakchott, more than 1,500 km away from Tindouf.

According to Le360, the commodity was sold as a contraband product and Mauritanian grocers remain elusive as to its origin, saying they acquired it from wholesalers in Zouerat”, the northern Mauritanian town where many products stamped “help Tindouf camps” garnish the shelves of local shops.

In May this year, Mauritanian customs seized a large load of food smuggled out from the Tindouf camps. The foodstuffs were part of the European Union’s donations to the Tindouf camps population.

The new scandal confirms again, if need be, the various international reports that documented the diversion of international aid by Polisario leaders, in connivance with Algerian officials.

The anti-fraud office of the European Union (OLAF) had conducted a very thorough investigation on the massive diversions of humanitarian aid and released in January 2015 a damning report documenting the involvement of the polisario and Algeria in these diversions.

OLAF had managed to track down the whole system put in place by the Polisario leaders with the complicity of Algerian officials, from the unloading of international humanitarian aid in the port of Oran until it is displayed for sale in markets in Algeria, Mauritania and even Mali.

The Polisario and Algeria exploit the populations sequestered in Tindouf by presenting them to the international community as “Sahrawi refugees”. They inflate their number disproportionately, claiming the camps are hosting 150,000 people while the number is 70,000 at the most, to get large amounts of humanitarian assistance. However, as revealed by several reports, more than 90% of the aid granted to the Tindouf camps populations for humanitarian reasons is diverted.

With this new scandal, the international community and NGOs are more than ever called to hold the Polisario and its Algerian mentors accountable for this outrageous instrumentalization of the Sahrawi population sequestered in Tindouf.

North Africa Post's news desk is composed of journalists and editors, who are constantly working to provide new and accurate stories to NAP readers.
NEWER POSTMorocco, U.S. Committed to Fighting Terrorism – US Official
OLDER POSTRabat & Havana Usher in New Era in their Relations