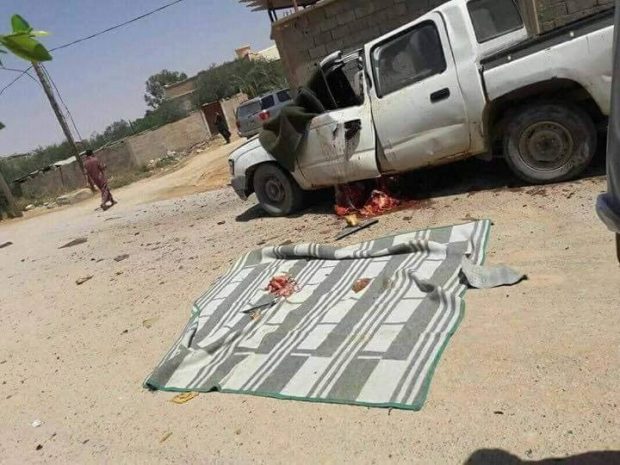 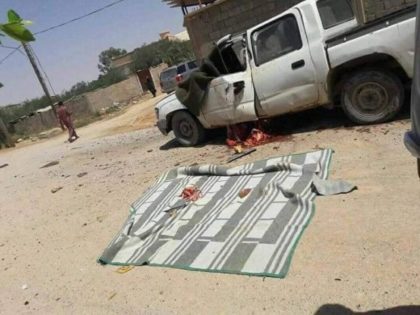 The U.S. command for Africa AFRICOM Tuesday said it conducted an airstrike that killed an Islamic State group (ISIS) militant in the town of Bani Walid, 153 km south of capital Tripoli.

The command said it carried out the airstrike in coordination with the UN-backed Government of National Accord (GNA), headquartered in Tripoli.

AFRICOM did not name the alleged militant but residents in the town said the slain “ISIS-Libya terrorist” was Walid Bu Hariba, from the coastal city of Sirte, the hometown of Muammar Gaddafi.

Photos of a white pickup apparently hit by projectiles have emerged following the airstrike.

AFRICOM assisted the GNA-aligned forces to retake Sirte from the terror group in 2016.

Although it has been broken, ISIS has been seeking to regroup in the Libyan vast desert and in towns such as Bani Walid, located some 150 km (93 miles) south of the capital Tripoli.

Following the fall of the terror group in Sirte, AFRICOM has continued carrying out occasional airstrikes. In June, two precision airstrikes killed four ISIS fighters as well as one al Qaeda militant.

ISIS entered Libya in 2014 amidst the chaos that followed Gaddafi’s demise in 2011, in a NATO-backed revolution.