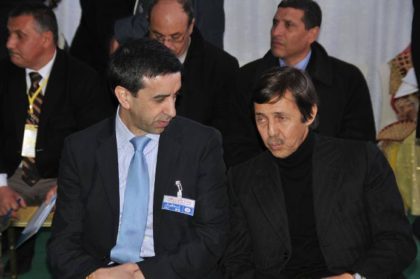 Algerian business tycoons’ close ties with the opaque Algerian regime are making genuine reforms harder to implement as the country faces a crisis reminiscent of the era preceding the 1990s civil war.

The Financial Times has published an analysis on the Algerian regime’s vested interest in business and how top businessmen owe their success to the authoritarian figures who rule Algeria behind the scenes.

The paper recalls the dismissal of former Prime Minister Abdelmadjid Tebboune who was sacked after criticizing the corruption and interference of businessmen close to the regime in political life.

“The dismissal of Mr Tebboune last year was testament to the influence of Algeria’s politically connected corporate barons whose businesses have expanded dramatically under Mr Bouteflika as the president poured hundreds of billions of petrodollars into public works,” The Financial Times said.

As the crisis bites with oil prices unlikely to return to their pre-2014 levels, Algeria has squandered its mantra of foreign exchange reserves. Calls for diversifying the economy fell on deaf ears so far as genuine reforms threaten the vested interest of the regime and its henchmen in the economic sphere.

“We have asked the state to give a role to the private sector in all areas,” leading businessman Ali Haddad, believed to be close to the Bouteflika clan, told visiting journalists given rare access to the country on a tightly controlled program of factory visits and meetings, the paper said.

“The state may now rely more on private entrepreneurs, but they still have to demonstrate complete loyalty to the president, stay within the limits set for them and consult before launching new initiatives,” an independent journalist told the Financial Times.

The paper sheds light on the opacity of the regime amid a succession crisis and notes that the business community has joined its voice to the calls for a fifth term for ailing President Bouteflika.

“The businessmen have been one of the biggest interest groups behind Bouteflika. All made their money under him,” said Riccardo Fabiani, analyst at Energy Aspects, a consultancy.

“There is a risk that if he leaves, anyone can take aim at them. They would be in uncharted territory,” the London-based paper said.