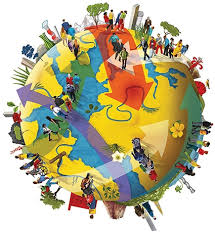 All 193 UN member states agreed to the first-ever Global Compact on Migration, which will be formally adopted at a conference in Marrakech in December with a view of making migration safe and orderly while curbing human smuggling and trafficking.

Speaking to the press following this landmark agreement, UN Special Representative for International Migration Louise Arbour said the deal will be good if it’s well implemented.

The deal will be formally adopted by world leaders in a conference in Morocco this December, she said.

“Morocco is engaged to make this conference a big success,” she said speaking of the event that will be hosted in Marrakech on December 10-11.

The pact is designed to “preserves states’ sovereignty and their rights to decide their migration policies. It will reduce the chaos of irregular, dangerous migration. It will increase access to safe, legal pathways, for instance to the labor market that has a deficit in human resources,” she said.

In a statement, Secretary-General António Guterres welcomed the agreement as “a significant achievement” that reflects “the shared understanding by Governments that cross-border migration is, by its very nature, an international phenomenon and that effective management of this global reality requires international cooperation to enhance its positive impact for all. It also recognizes that every individual has the right to safety, dignity and protection.”

“This comprehensive framework comprises a range of objectives, actions and avenues for implementation, follow-up and review,” added the UN chief, “all aimed at facilitating safe, orderly and regular migration, while reducing the incidence and impact of irregular migration.”

The non-binding agreement “can guide us from a reactive to a proactive mode. It can help us to draw out the benefits of migration, and mitigate the risks. It can provide a new platform for cooperation. And it can be a resource, in finding the right balance between the rights of people and the sovereignty of States,” the UN Chief added.

Negotiations for the migration pact were marred by the withdrawal of the US, which considers the deal “not compatible with US sovereignty”.

Moroccan Ambassador and permanent representative to the UN in New York Omar Hilale described the agreement as a watershed event that would help achieve a paradigm shift in how migration is perceived globally.

“Marrakech conference will be a start for a process that will help make migration safer, organized and regular,” he said.

Domestically, Morocco has pioneered in Africa by launching a migration policy that granted legal stay to more than 24,000 people in a first phase with 28,000 other applicants in line for residency status in the second phase.

Continentally, Morocco, whose King Mohammed VI was appointed Migration leader in Africa, is leading action for a positive treatment of migration as a lever of growth and economic development.