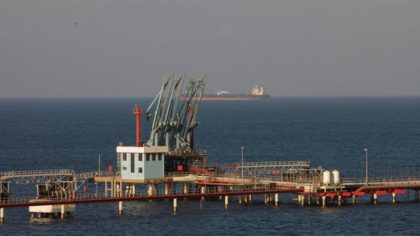 The announcement was made Wednesday by the country’s National Oil Corporation, the only Libyan authorized body to export the country’s oil under UN Security Council resolutions.

Libyan oil production fell to 527,000 barrels per day (bpd) from a high of 1.28 million bpd in February following the ports closures, which also reduced the country’s exports by more than 70 per cent.

General Haftar had lost control of the ports last month following an attack by militias but after seizing them back he said at first that he would not allow the Tripoli-based NOC to resume operations there and that exports would be managed by a rival company in the east of the country.

Such a stand had suffocated the country’s oil industry and threatened to undermine the political reconciliation efforts.

According to some reports, a letter from US President Donald Trump, warning he would take legal action against those responsible for this situation, may have compelled General Haftar to change his mind and hand over control of the ports to the State-owned NOC.

However, the announcement of the return of Libyan oil supply to the world market pushed oil prices downward. Light, sweet crude for August delivery fell 1.6 pc to $ 72.89 a barrel on the New York Mercantile Exchange, after rising in eight of the 10 sessions entering Wednesday.
Brent crude, the global benchmark, dropped 2.4 pc to $76.98.

Besides the Libyan factor, the global oil prices plummeted after the release of US stockpile data showing that inventories fell 12.6 million barrels last week, a much larger drop than analysts had expected.