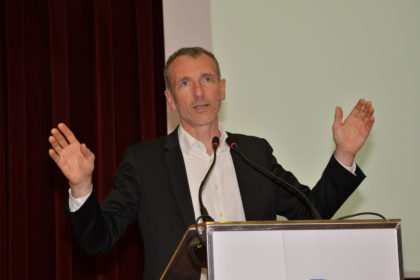 Danone CEO was pushed to pay a visit to Morocco where a local subsidiary Centrale Danone is hit by a consumer boycott slashing sales and triggering layoffs.

The CEO Emmanuel Faber met with families and youth who expressed their views on prices and quality.

He then held a press conference in which he promised to make compromises on the price of fresh milk provided an agreement could be reached with suppliers and retail shops.

“We are ready to sell milk at the cost of production,” he said, while insisting that the company will never compromise on quality standards.

The boycott has already prompted Centrale Danone to lay off 6000 temporary workers.

It said in a profit warning that it will make loss of 150 million dirhams in the first half of 2018.