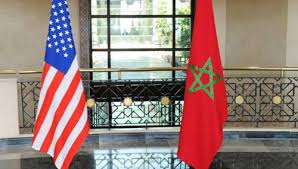 Morocco and the United States held Monday in Rabat a final coordination meeting to review the good practices document developed as part of the Initiative to Address Homegrown Terrorism.

The meeting was convened under the auspices of the Global Counterterrorism Forum (GCTF) and in partnership with the International Institute for Justice and Rule of Law (IIJ).

Participants reviewed and discussed the draft good practices to identify and address any remaining gaps in the document. The good practices document will be put forward for endorsement at the 2018 GCTF Ministerial Meeting in September 2018.

Homegrown terrorists who have never set foot in Syria or Iraq are carrying out attacks at increased levels while being inspired, directed, or enabled by ISIS, al-Qaeda, and other terrorist groups.

The Homegrown Terrorism Initiative is one of many GCTF efforts to address the terrorist threat.
The yearlong initiative brought together government officials, criminal justice practitioners, academics, and non-governmental representatives from around the world.

Participants discussed the trends and issues associated with homegrown terrorism and the available tools and programs to address it.

A launch event was held in Malta on November 15-16, 2017, followed by two IIJ-led practitioner workshops. The findings from these workshops laid the foundation for a set of non-binding good practices for policymakers and practitioners on preventing, detecting, intervening, and responding to homegrown terrorists.

The US-Morocco initiative to address homegrown terrorism aims to combat the growing threat posed by ISIS inspired and linked Homegrown Violent Extremists (HVEs), exploring ways for stakeholders to tackle these issues in a coordinated manner.

The North African Kingdom is a founding member of GCTF and the Global Coalition to defeat ISIS and participates in all of the Coalition Working Groups.

The homegrown terrorism threat is growing as ISIS attempts to compensate for the loss of control of territory in Iraq and Syria by encouraging and directing attacks elsewhere, including by leveraging foreign terrorist fighters relocating from conflict zones.

North Africa Post's news desk is composed of journalists and editors, who are constantly working to provide new and accurate stories to NAP readers.
NEWER POSTMorocco Calls for a Rational Approach to History to Settle Palestinian-Israeli Conflict
OLDER POSTJapanese Mitsui Invests Over $27 Mln in Morocco’s Agribusiness